New York - Morocco’s King Mohammed VI made several important announcements on the occasion of the 40th Anniversary of the Green March in the city of Laayoune on Friday. 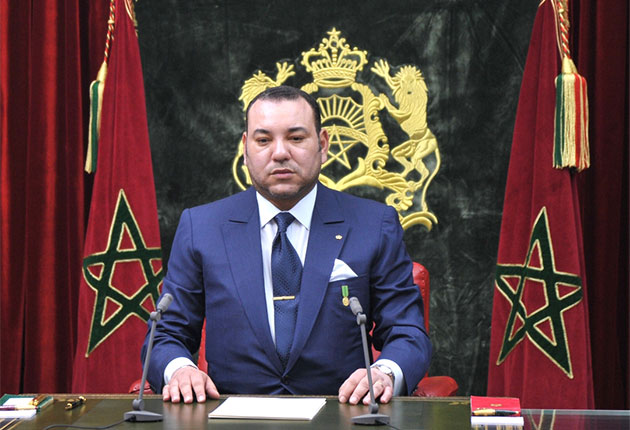 New York – Morocco’s King Mohammed VI made several important announcements on the occasion of the 40th Anniversary of the Green March in the city of Laayoune on Friday.

Among his many declarations, the monarch pointed out the development of new models of integrated projects in Morocco’s southern provinces, as well as the construction of railway linking Morocco to sub-saharan Africa.

”The implementation of the Development Model for the Southern Provinces shows how committed we are to fulfilling our obligations towards our fellow citizens in these provinces, which will thus become a model of integrated development,” the monarch said.

“We want this Development Model to seal these provinces’ integration into the unified homeland and to enhance the influence of the Sahara region as an economic hub and a crucial link between Morocco and its African roots,” he added.

Regarding the building of new infrastructures in the region, Morocco’s king revealed the importance in communication and viable means of transportation both by air and rail. He stated his desire for a new railway linking Tangier to Lagouira.

“One of my ambitions is to see a rail link between Tangier and Lagouira to connect Morocco with the rest of Africa. I pray that Almighty God assist us in securing the funds we need today to complete the Marrakech-Lagouira line,” King Mohammed said in his address to the nation.

Moreover, the King announced he construction of a new port in the Saharan city of Dakhla, as well as a project for solar and fuel energy production.

“We also intend to build the Great Dakhla Atlantic Port, implement major solar and wind energy projects in the south, and connect Dakhla to the national electricity network,” the monarch said.

Aside from infrastructure, the sovereign acknowledged the need for economic plans to ensure human development and a better quality of life for the Saharawi population.

He stressed that the Moroccan government will continue to invest all profits derived from the region’s natural resources for the benefit of the local population.

“I should like to stress, in this connection, that revenue from natural resources will continue to be invested in the region, for the benefit of the local populations and in consultation and coordination with them,” he pointed out.

“Several projects for the use and promotion of local resources and products will be implemented, such as the major seawater desalination plant in Dakhla and the establishment of industrial zones and facilities in Laayoune, El Marsa and Boujdour,” he added.