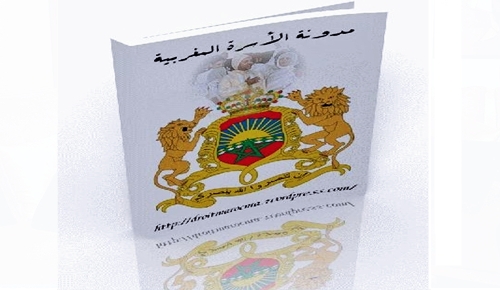 Rabat – According to the Ministry of Justice and Freedom, the percentage of under-aged marriage has increase from 7% of in 2004 to 11% in 2013. It is an indicator that the current family law does not meet the expectations of Moroccan families, despite that fact the reform was outlined by  legislators in 2006 in response to the demands of many feminist groups protested in Casablanca and Rabat in 2002.

However, when the civil society rings the bell of danger in which a huge number of under-aged marriage and divorce—which threatens the stability of Moroccan society—the call for equality re-emerged for debate among ulema and liberals.

In addition, this shows that there are no mature dealings with this family law “crisis”: there is no study, or a very limited one, to define the obstacles that lead the family law to be unsuccessful.  In the absence of an experimental case study, the debate turns to equality, and then it is narrowed down to the equality in heritance, as if it is the problem of inheritance that takes priority over organizing familial relationships.

Is equality a serious problem in Moroccan society? It depends on the context and the social customs that are supported by Islamic values and ethics. Islamic law takes into consideration equality in inheritance between men and women. In the cases of grandfather and sisters, women get more of an inheritance than men do. The subject of inheritance is not targeted itself; rather, it becomes a pretext to pull the rug out from under the ulema by making them responsible for the legal institution.

However, the issue of inheritance is not a big deal. What is of greater concern is providing educational access to and creating jobs for women in rural areas. As far as I am concerned, there is no equality between a man and a woman because they both complete each other and form a unique system under the concept of marriage. Equality cannot be achieved unless a husband and a wife contribute financially, socially, and organisationally to the household. Equality is just a term that gains meaning when it becomes practicable in all scopes; equality has no expiration date, but it becomes spoiled when it feeds with and contextualizes in bad faith ideas. Thus, the principle of equality should be applied to all aspects of family law, ranging from dowry and custody to inheritance.

Lastly, it seems now there is no idea on how to go about initiating the family law reform—even though there is an urgent need to do so in order to protect the rights of men and women. The law should reflect the social norms of the society, in which it will be implemented.

Adopting some patterns from Western countries will be in vain because it is constructed in a society whose cultural and religious backgrounds are very different from Morocco. Hence, the spirit of the law, which is enacted to fortify the relationship of families and to deter transgression, is to respect the privacy of a human being regardless its gender, ethnicity, or religious affiliation.