Fez- Nacer Barazite, a Dutch player of Moroccan origins, refused to shake hands with a female journalist after a football match between Twente Enschede and FC Utrecht during the eleventh day of the Dutch football league last Sunday. 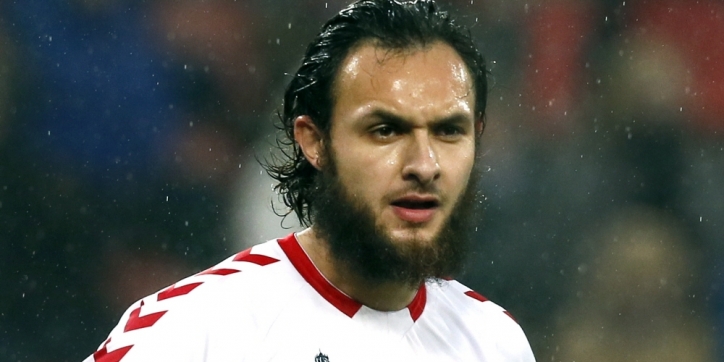 Fez- Nacer Barazite, a Dutch player of Moroccan origins, refused to shake hands with a female journalist after a football match between Twente Enschede and FC Utrecht during the eleventh day of the Dutch football league last Sunday.

Nacer Barazite was the best player of the match, scoring 2 goals for his team FC Utrecht which won the match by 4-2.

Hélène Hendricks, FOX TV reporter, rushed to interview Barazite, reaching out to shake hands with him, but Barazite refused the gesture “due to his religious beliefs.”

The action created a controversy in The Dutch Media, especially when Johan Derksen, former editor-in-chief of Voetbal International, the country’s most prominent football magazine said : “If that is the case, then Barazite can go and join ISIS.”

Dirkson’s statement caused outrage, with critics describing him as provocative and reckless.

Hendricks later tweeted that “she has no problem if a person refuses to shake hands with her because of religious beliefs,” continuing that Barazite is a “nice guy.”

FC Utrecht had previously stated in a press release at the beginning of this year’s Dutch Football Premiere league that Brazite and Yassin Ayoub, another Muslim on the team, do not shake hands with women based on their religious beliefs.

FC Utrecht respects the religious principles of its players and provides a mosque where Brazite and Yassin can pray on condition that they respect the training session schedule.