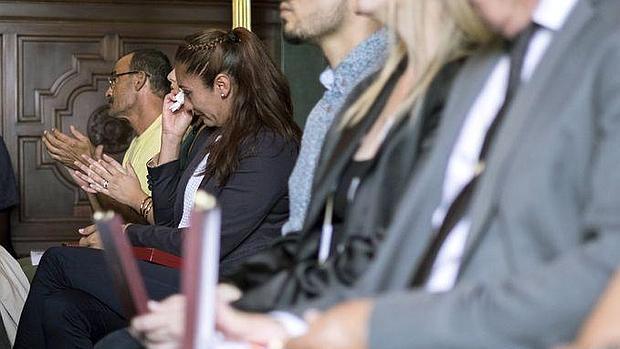 Forty-nine victims were decorated in an act of “memory, dignity, justice, and truth”, according to a report by Spanish newspaper ABC.

The Spanish state “is not going to forget” those affected by terrorism, because “the memory brings them dignity in several cases,” said Maria del Carmen Hernández Bento Delegate, a representative of the Spanish government, at the ceremony.

“Terrorism is a blow to society and democracy that causes casualties, but the state also seeks to destroy and break peaceful coexistence,” she added, highlighting the “amply demonstrated” work done by the Forces of State Security and Spanish Armed Forces.

As a tribute to the 49 victims and their families, including business owners, employees, and members of the Armed Forces, the government delivered 18 Grand Crosses and 31 Parcels, the same report stated.

Coinciding the celebration of Morocco’s 40th Anniversary of the Green March, when Morocco regained its sovereignty over the Sahara (dubbed in the West and media as the Western Sahara) the Spanish Government honored the victims of the Algeria-backed and the Canary Islands Independence Movement (MPAIAC).

This is a “historic day for a group of 300 people on the Islands who have suffered 40 years of neglect and ostracism,” said Lucía Jiménez, President of the Canary Association of Victims of Terrorism (Acavite).

Acavite “gives value to the bloodshed” before “the double standards of some media, institutions and political parties, which have not even been on their agenda,” Jiménez said, referring to the victims.

“The Polisario Front and the Canary Islands Independence Movement -MPAIAC- in the seventies and eighties attacked our parents and siblings with bombs, assassinations, kidnappings and disappearances,” Jimenez stressed.

During the ceremony, Acavite’s President regretted that the Canary Islands have not yet recognized the sad story of these victims, and “remains the only Spanish autonomous community that does not respect, honor, or value the bloodshed of the islanders”.

Jiménez concluded by recommending the adoption of a “bill into the Canarian law to restore the lives of victims of terrorism”.

Undersecretary Aguilera informed that the center for the memory of terrorism victims, which opened on November 2 in Vitoria, will work to “preserve and promote democratic and ethical values ??that embody the victims.”