New York - A Belgian tourist has been stranded in Egypt by the same airline that brought him there in the first place. Jetairfly refused to allow twelve passengers with foreign-sounding names to board a flight scheduled for last Friday, according to Dutch newspaper Nieuwsblad. 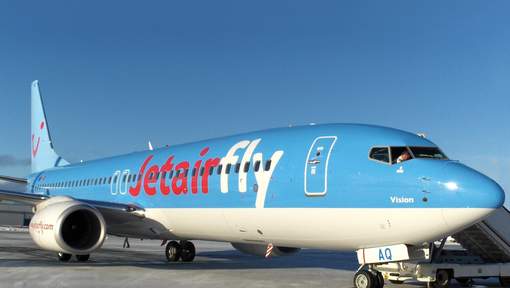 New York – A Belgian tourist has been stranded in Egypt by the same airline that brought him there in the first place. Jetairfly refused to allow twelve passengers with foreign-sounding names to board a flight scheduled for last Friday, according to Dutch newspaper Nieuwsblad.

Mohamed Hassan El Sayed Elbadawi is fluent in Dutch and has been living in Antwerp, Belgium for a year and a half with his partner of three years, Ruth Rottiers, a Belgian woman.

Although “Mo” flew to Egypt on a Jetairfly flight, he alleges that the airline denied him permission to leave Egypt’s Sharm el-Sheikh resort and return home to Belgium because his name is considered undesirable and he was born in Egypt.

“The first flight of Jetairfly was scheduled for Friday. Suddenly, we were informed that we could not get on. My questions are still unanswered,” Elbadawi said.

“I have a clean record and I have not done anything to anyone. Worse, last month, I traveled four times with Jetairfly smoothly. And suddenly, I cannot. It’s incomprehensible,” he added.

Mohamed believes this is discriminatory – an act of racism. “I only see what everybody sees. Only people with foreign-sounding names on the list [of those denied access],” he said to the paper.

Jetairfly has denied the Elbadawi’s accusations saying they are only taking “exceptional security measures.”

Airlines have tightened their safety guidelines in response to the Russian passenger plane that crashed in Egypt’s Sinai Peninsula after departing from Sharm el-Sheikh. There were 224 people onboard that flight with no survivors.

“Given the safety standards, I cannot say all the elements. Unfortunately, these are things that cannot be disclosed. When there are security checks, they are made on the basis of different parameters, not just based on a name. These are measures we have implemented to ensure passenger safety,” Jetairfly’s spokesperson Florence Bruyère explained in the show “You say that” on RTBF TV.

“We do not close the door on these people. We remain their point of contact for any questions. And if there were difficult consequences for some passengers, we really would like to present our apologies. But you really have understand the exceptional context of what happened in Sharm el-Sheikh with security guarantees that were not optimal. Our priority is to ensure the safety of all passengers on all flights,” the airline concluded.

According to the same report, Elbadawi was re-screened by the airline and granted permission to fly back home by the end of the week.