Rabat - The Moroccan Football League game at Casablanca Stadium on Sunday afternoon was more than just another match of enthusiastic fans: it was one of the largest demonstrations of patriotism ever recorded. 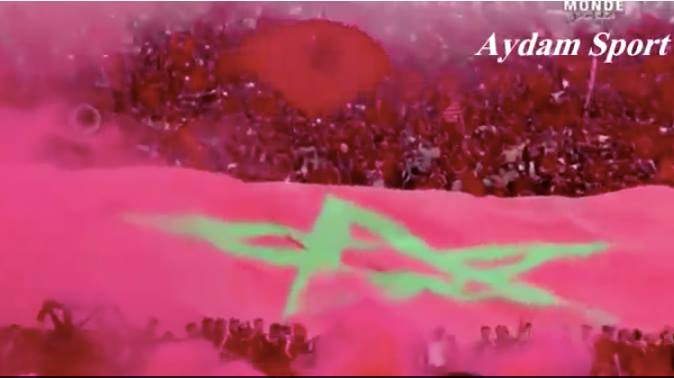 Rabat – The Moroccan Football League game at Casablanca Stadium on Sunday afternoon was more than just another match of enthusiastic fans: it was one of the largest demonstrations of patriotism ever recorded.

A video uploaded by Chouf TV’s official Facebook page captured the sentiment of the moment, in which there was not a doubt that Moroccans have once again come together and stood united as one.

Over 60,000 Moroccans in the full stadium chanted and waved the Moroccan flag, filling the city’s sky with the nation’s national colors.

The Moroccan Football League fans enjoyed a spectacle of red and green smoke effects that spread across the air and into the hearts of every Moroccan in the audience.

Draped across the stands, a larger-than-life Moroccan flag waved as the teams made their entrance onto the pitch, and Morocco’s national hymn was chanted with honor.

Following this weekend’s unforgettable festivities across Morocco and in the Moroccan diaspora abroad celebrating the 40th Anniversary of the glorious Green March, demonstrations of patriotism continued full force.

Sunday’s game in Casablanca proved that the favorite team of the weekend was above all – Morocco.