Rabat - Moroccan authorities have denied news reports saying that over 40 Moroccan nationals were deported from Turkey for attempting to join the Islamic State (IS). 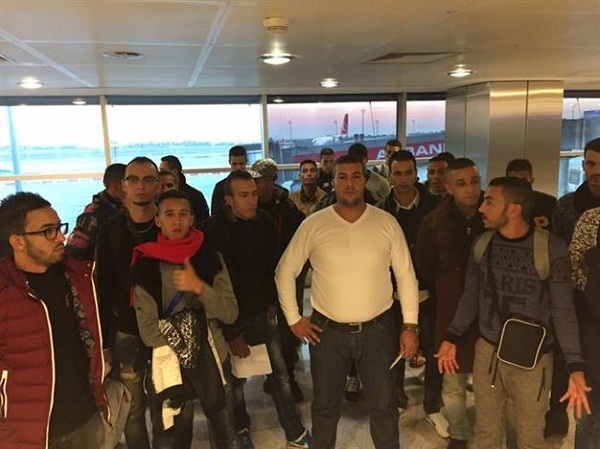 Rabat – Moroccan authorities have denied news reports saying that over 40 Moroccan nationals were deported from Turkey for attempting to join the Islamic State (IS).

On Thursday, Turkey’s daily Hurriyet reported that Turkish authorities denied entry to 40 Moroccan nationals trying to come into Istanbul with the apparent intention to join the Islamic State. The news story was picked up by several news outlets worldwide, without any fact-checking.

Hurriyet claimed that Turkish police sent the Moroccan nationals back home, after finding evidences that they were being guided by a Syrian national into Syria to join IS.

However, the Moroccan General Directorate for National Security (GDNS) issued a statement on Monday, saying that these reports are “false.”

GDNS pointed out that the Moroccan nationals in question were interrogated by Moroccan police upon landing in Morocco.

The statement went on to add that the suspects are illegal immigrants who tried to cross into Europe via Turkey, rather than Jihadists willing to join the Islamic State.

Half of the 40 Moroccans suspects were deported from Istanbul Atatürk Airport on Thursday, while the rest were sent back on Friday.