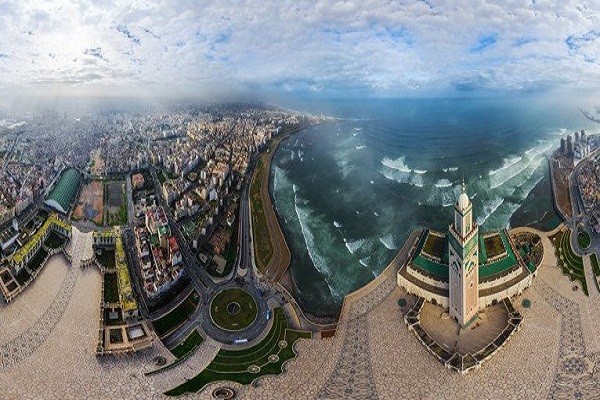 Rabat – Moroccan cities are relatively safe from threats posed by global warming, as compared to other major cities around the world, according to a report issued this month. Both in terms of total population and percentage of the population that would be affected by rising sea levels, Morocco was not listed among the top 20 countries that would be most affected.

If sea levels were to rise from a 1.5 degrees Celsius warming, the report found that about three percent of Rabat’s population and six percent of Casablanca’s population would be beneath sea level, while cities like Alexandria, Egypt and Pontianak, Indonesia, would find 49 percent and 46 percent of their populations, respectively, under water.

Results were found by studying the relationship between cumulative carbon emissions, warming and the future global sea level rise. If carbon emission are to go on in what the report terms a “business as usual” scenario, the projected 4 degrees Celsius warming could submerge land that is currently inhabited by 470-760 million people. In Morocco, this means that 14 percent of Casablanca’s population and seven percent of Rabat’s.

The United Nations’ Conference of Parties, a body tasked with reviewing emissions inventories, is set to meet in Marrakech in November 2016 for its 22nd session.