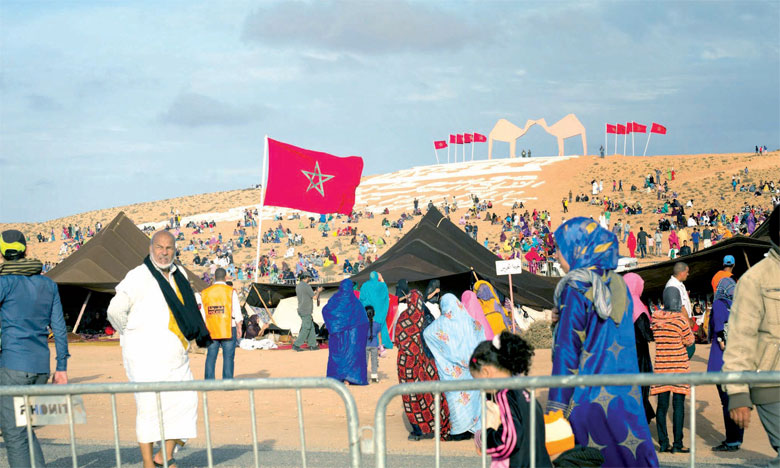 Rabat – Morocco’s Minister of Communications, Mustapha Khalfi, announced in Laâyoune the launching of a new platform to celebrate and share the Hassani culture.

According to Khalfi, the goal of this project is to recognize the importance of the Sahraouie Hassani in Morocco’s cultural and historical identity, as well as share it with the rest of the world. At the celebration, the government announced it will be spending over MAD 77 billion on this endeavor.

One of the pillars of this project is a website on the history and culture of the Sahara, www.sahara.gov.ma This site will be published in English, Arabic, Russian, Spanish, French and Mandarin. The Ministry of Communications will work with translators to ensure that all content is accurately and coherently translated into foreign languages.

The government hopes that this portal will encourage people around the world to explore the Sahara and the region’s history. This new portal will include valuable maps of the region and display important anthropological information on the Hassani people.

This website will be complemented by the use of social media and a newsletter campaign to reach a broader audience.

According to the minister’s statement, the site seeks to be a well-rounded source and include other interaction tools, like interviews on the Sahara.

The new project will display other symbols of the importance of the Hassani culture as revealed in Laâyoune. A collection of nineteen books on Saharan and Hassani history was introduced.  To increase readership, these books will be published in several languages: Arabic, French, English and Spanish. They will be distributed to libraries and post-secondary institutions across Morocco.

Other film and entertainment initiatives were announced at this conference as well. A collection of fifteen songs to celebrate the region’s identity were recorded that day, with the goal of being played at Morocco’s Film Festival. There was also the announcement of a government-funded documentary film that will be shown at the Dakhla Film Festival.