Paris - King Mohammed VI addressed a speech on the celebration of the 60th anniversary of the La Celle Saint Cloud agreements, read out, on Tuesday in Paris, by HRH Prince Moulay Rachid during a dinner marking the event. 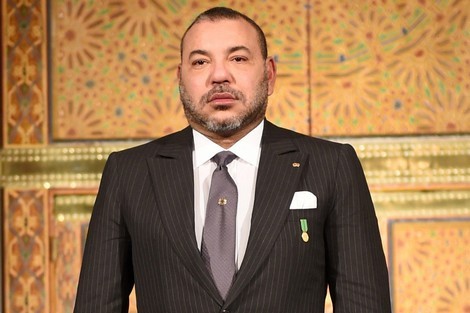 Paris – King Mohammed VI addressed a speech on the celebration of the 60th anniversary of the La Celle Saint Cloud agreements, read out, on Tuesday in Paris, by HRH Prince Moulay Rachid during a dinner marking the event.

May peace and blessings be upon

the Prophet, His Kith and Kin

Today is a day of memory and shared pride. Indeed, we are gathered here to pass on the torch of remembrance to young people in order to tell them that, at a defining moment, every man and woman can rise to occasions that shape the course of human destiny.

The celebration of the sixtieth anniversary of the La Celle Saint Cloud Agreements is one of the defining moments in the rich history shared by our two countries; it highlights the distinguishing feature of the strong bonds between our two nations.

The firm, popular will of the Moroccan nation concerning the return of the legitimate Monarch to his throne – which attests to the Moroccan people’s unwavering commitment to the throne and reflects the symbiosis between the Moroccan citizens and the monarchy – paved the way for the Declaration signed at La Celle Saint Cloud. That Declaration is a landmark event and a watershed moment in our shared history.

It was at La Celle Saint Cloud that exceptional Moroccan and French figures managed to open a new chapter in the relations between Morocco and France, thanks to the sagacious vision and calm, serene attitude of His Late Majesty King Mohammed V – May he rest in peace.

These qualities were essential to make sure Morocco’s regained independence and sovereignty would not lead to any feelings of resentment, acrimony or antagonism.

They were essential because they also helped Morocco and France to build a truly unique relationship based on esteem, confidence and dignity.

As far as Morocco is concerned, these qualities remain a powerful stimulus to cultivate our nation’s identity, which has been shaped over the centuries. Ours is an identity which is built around authentic features, but which is nonetheless open to external, enriching contributions from other civilizations and cultures.

It is this vision and the pursuit of modernity – coupled with an enduring commitment to our traditions – that underpin Morocco’s current revival. They confirm the imperative need for democracy and for the momentum towards progress which our country has fully recognized.

The specific path the Kingdom of Morocco has embarked on can be explained by our keen desire to live in a liberal, democratic society as well as by the role played by the Monarchy as an institution eager to ensure the country’s openness to universal values while promoting moderate, tolerant Islam.

This democratic journey has enabled Morocco – thanks to the Constitution adopted in 2011 – to embark on far-reaching reforms in such areas as gender parity, transitional justice, the promotion of human rights, new territorial governance, the recognition of regional specificities, the respect for cultural diversity, etc.

Through this dynamic process, Morocco is building a model of society which allows all of the nation’s components to give their opinion while respecting one another.

Combining institutional dynamics with economic openness has made the Moroccan economy increasingly attractive and has also led, over the last decade, to a perceptible improvement in the Moroccan people’s standard of living.

In addition, these policy choices have had an impact on Morocco’s image abroad.

It is the image of a country that has clearly opted to open to the outside world through several free trade agreements.

My country also has a proactive commitment to Africa; Morocco is embarking on ambitious partnerships with emerging economies, but it continues to believe, above all, in the lofty ideals of the Maghreb, despite the difficulties created by narrow-minded calculations and schemes that are at odds with today’s changing world.

The special bond uniting us in our common history is more than just a legacy. It is a living reality. And, more importantly, it is a promise for the future.

The friendship between Morocco and France should be able to reinvent itself, at all times, so that both our countries may keep pace with the changes they are experiencing and rise, together, to the challenges of the 21st century.

Morocco and France should continue to move forward together and to tap their brainpower and acumen to come up with innovative answers to the major issues that are of concern to the international community.

In this respect, I cannot but commend the excellent coordination between Morocco and France in the fight against climate change, as illustrated by the “Tangier Call” I issued with President Francois Hollande last September.

I wish France every success as it prepares to host the COP21 in a few days. We are working unsparingly in this connection to ensure its success.

As they build on a relationship rooted in trust, our two countries may want to consider joint initiatives in connection with such sensitive issues as that of “living together” and the increasingly alarming problems faced by migrants in European countries.

Working jointly with France, the Kingdom of Morocco is seeking to sensitize young people about the perils of radicalism in particular, to promote tolerance and moderation and to discourage any extremist temptation.

Morocco and France should see themselves as both the cornerstone of a stable, united and prosperous Euro-Mediterranean space and the engine for its construction.

It is the mission of both Morocco and France to be at the forefront of the new geopolitical forces shaping our region, and Africa should not be left out.

The La Celle Saint Cloud Agreements, whose sixtieth anniversary we are celebrating today, ushered in a new era in the history of our two countries.

This destiny shared by Morocco and France – two sovereign nations committed to mutual solidarity – is more relevant than ever. It is the best guarantee that our two nations will continue to make history in years to come, with confidence and constantly renewed ambition.