Rabat - Morocco’s Ministry of Education has ordered high schools across Morocco to adopt French as a medium for teaching science subjects, starting from the current academic year 2015-2016. 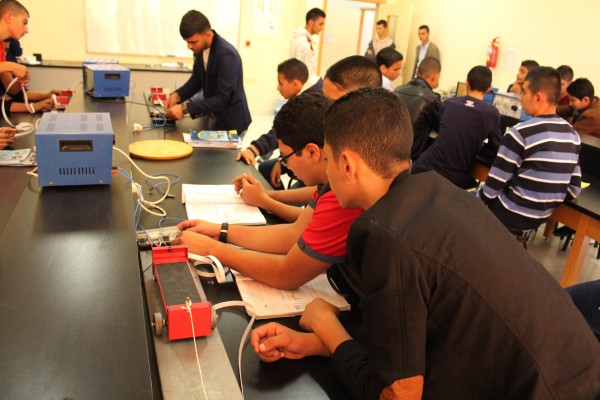 By
Aziz Allilou
-
Aziz Allilou is a student at the Higher Institute of Media and Communications (ISIC) and Morocco World News correspondent in Rabat.
Nov 11, 2015
Spread the love

Rabat – Morocco’s Ministry of Education has ordered high schools across Morocco to adopt French as a medium for teaching science subjects, starting from the current academic year 2015-2016.

Moroccan regional academies of education have received a note from the Ministry of Education, requiring the use of French to teach mathematics and physics at public and private high schools.

The Ministry of Education’s note said this new measure is set in motion to “correct the imbalances within the Moroccan educational system.”

Meanwhile, the requirement has  been labeled by number of professionals as an “unanticipated move,” as it follows a heated debate over adopting the English language as a medium of instruction in Moroccan schools over French.

The Ministry of National Education and Vocational Training has already been piloting English as the language of instruction for Science subjects as part of the Moroccan Baccalaureate. Last year, three pilot schools started to slowly introduce English into the teaching of Maths, Physics and Science subjects in the Common Core year.

This year, there are seven schools participating in the programme and the British Council has been supporting the Ministry’s initiative by providing teacher training to the Moroccan teachers who are gradually starting to teach their subjects in English.

Lahcen Daoudi, Morocco’s Minister of Higher Education and Scientific Research, has offered vocal support for the adoption of  English. Head of Government Abdelilah Benkirane stated earlier this year that Morocco must choose English as its primary language of education “because it is the language of today’s science, technology and commerce.”

In June, Morocco’s think tank, the Rabat Center for Political and Strategic Studies submitted a report to the Supreme Council for Education, Training and Scientific Research, demanding the adoption of English as Morocco’s first foreign language instead of French.

Meanwhile, the Supreme Council’s administration did not comply and is currently advancing to keep French as a second official language.