Rabat - Dutch far-right leader Geert Wilders called the wave of refugees coming into Europe an "Islamic invasion" during a parliamentary debate on Tuesday that exposed deep divisions over how the Netherlands should respond to the crisis. 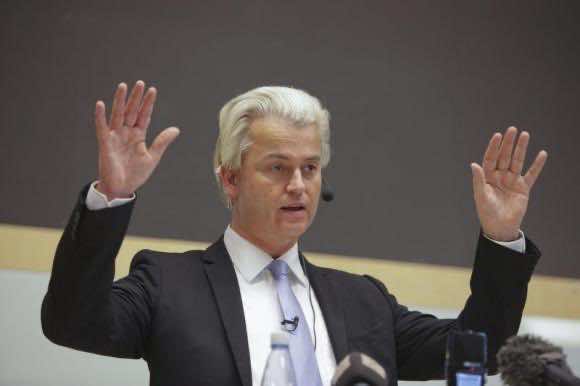 Rabat – Dutch far-right leader Geert Wilders called the wave of refugees coming into Europe an “Islamic invasion” during a parliamentary debate on Tuesday that exposed deep divisions over how the Netherlands should respond to the crisis.

Wilders, known for his hate speech against Moroccans in Netherlands, said in an interview with Agence France Press (AFP) that he wants to close his country’s borders to stop the wave of refugees arriving on the European Union’s Mediterranean shores and travelling north, considering them an “Islamic invasion”.

“The sole and unique way to manage refugee crises is to regain our national sovereignty,” Wilders asserted.

“I ask our government to close its borders, as did Hungary, and to shut the doors at those who we consider as economic migrants and not as refugees,” he added.

The far-right leaders claims that most arrivals into European shores are for economic reason, not true refugees.

“Masses of young men in their twenties with beards [are] singing ‘Allahu Akbar’ across Europe. It’s an invasion that threatens our prosperity, our security, our culture, and identity,” he said according to Reuters.

Wilders is the founder and leader of the Party for Freedom, which is currently the most popular party in opinion polls in the Netherlands.

Answering the huge divergence among EU member states on the refugee crisis, Dutch Prime Minister, Mark Rutte, said that the EU should house refugees in camps closer to their country of origin, rather than in Europe.

Roughly 54 percent of Dutch voters are opposed to letting more than the roughly 2,000 refugees previously agreed into the country, according to Reuters.

But Under the new European Commission quota plans to spread refugees throughout Europe, the Netherlands will take about 60,000 refugees by the end of the year, according to AFP.