Rabat - Morocco strongly condemned the double terrorist attack in the district of Bir Hassan in the southern Beirut suburbs that killed and wounded a number of people. 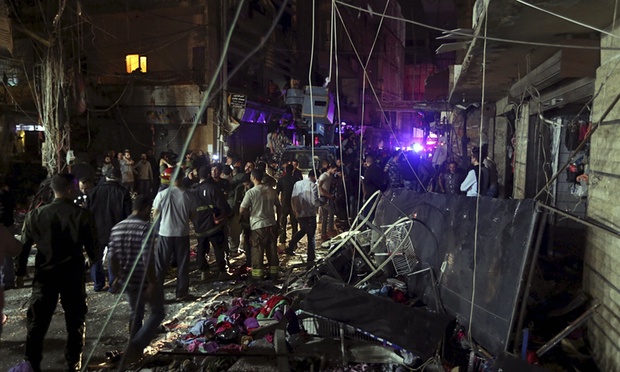 Rabat – Morocco strongly condemned the double terrorist attack in the district of Bir Hassan in the southern Beirut suburbs that killed and wounded a number of people.

“Following the double terrorist attack that targeted a district of the Lebanese capital, Beirut, killing several victims and injured, the Kingdom expresses its strong condemnation of these heinous terrorist acts, which are in total contradiction with the precepts of Islam promoting tolerance and constitute a flagrant violation of all human and moral values”, the Ministry of Foreign Affairs and Cooperation said Friday in a statement.

“While presenting its condolences to the bereaved families of the victims and the brotherly people of Lebanon, Morocco expresses its rejection of all acts that would undermine the security and stability of brotherly Lebanon, and reaffirms its support to Lebanon in its fight against the scourge of terrorism”, the same source added.

“The kingdom calls on all components of the Lebanese people to remain attached to the values of unity, solidarity and cohesion and uphold the supreme interests of the country to immunize the internal front and support it to face all terrorist threats and plans aimed at sowing discord and undermining the country’s stability”, the statement concluded.