Rabat - An Israeli backpacker has accused a Chilean border official of drawing a penis and writing long live Palestine on his passport. 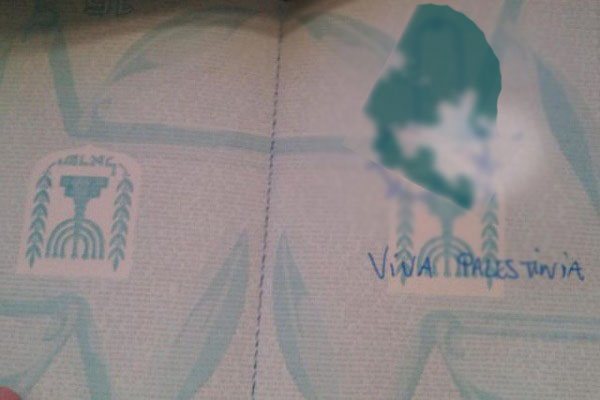 By
Aziz Allilou
-
Aziz Allilou is a student at the Higher Institute of Media and Communications (ISIC) and Morocco World News correspondent in Rabat.
Nov 13, 2015
Spread the love

Rabat – An Israeli backpacker has accused a Chilean border official of drawing a penis and writing long live Palestine on his passport.

Tal Y’aakobi, a 25-year old Israeli national from Rosh HaAyin, Israel, says that the incident occurred at the border between Chile and Peru.

After crossing the border from Peru and handing his passport over to customs, it came back to him with a penis doodled inside, under which an immigration official had written “Viva Palestina”, meaning “Long live Palestine,”  Tal Y’aakobi claims.

“From the first moment, the guy at the border was hostile, and threw my passport in front of my face,” Tal Y’aakobi told the Independent.

“They then detained us for an hour and a half on purpose until we moved,” he added.

Y’aakobi said that the incident happened only “because I am Jewish.’

Although the incident occurred two years ago when Y’aakobi was travelling the continent, the photo has just surfaced.

Journalist Itay Blumental from the Israeli-based Ynet News was the first to tweet the photo before it went viral on social media.

Y’aakobi did not report the incident to police as he did not notice the mark until four or five days later. He had to order another passport.

Multiple Israeli news outlets suggested that the Chilean cannot be charged over racism or defacing a passport, because the incident happened two years ago and Y’aakobi had his passport changed.