New York - A Jewish family said to be the last Jewish family remaining in the Syrian city of Aleppo has escaped with the help of a Jewish-American businessman, according to Israeli media reports. 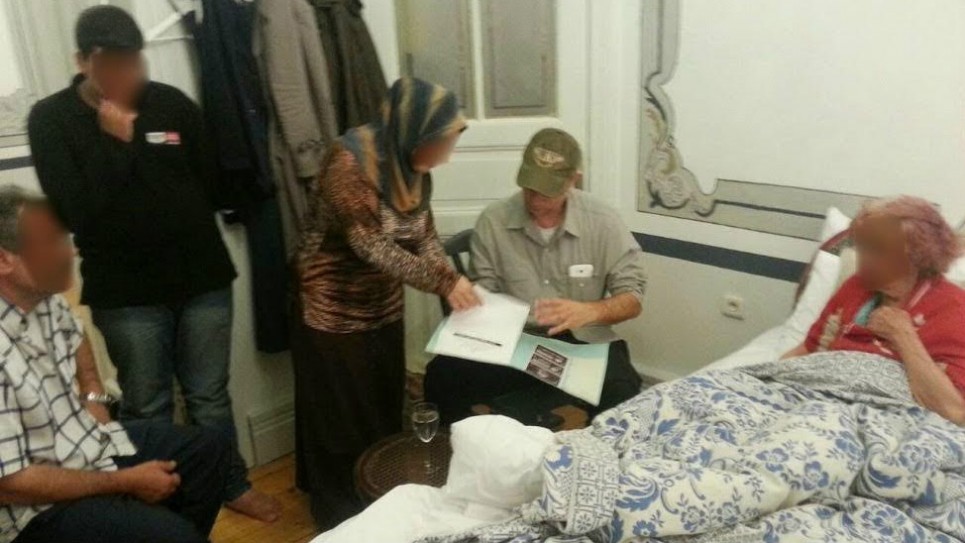 By
Karla Dieseldorff
-
Karla is an award-winning actress and producer.
Nov 13, 2015
Spread the love

New York – A Jewish family said to be the last Jewish family remaining in the Syrian city of Aleppo has escaped with the help of a Jewish-American businessman, according to Israeli media reports.

The family of eight, 88-year-old Mariam, her two daughters Sarah and Gilda, her Muslim son-in-law Khalid, and their three children were allegedly smuggled out of Aleppo onboard a minibus destined to Tel Aviv, via Turkey, according to The Syrian Observer.

Fleeing Syria as part of a secret operation to protect the last Jews from Aleppo, the family left at noon when ISIS is known to observe prayer.

Mariam and her family were smuggled out as Syrian refugees with fake Syrian passports that were reportedly handed to Al Nusra Front checkpoint guards who allowed them to pass into Turkey after waiting for 36 hours at the border, Israeli Wala website revealed.

Moti Kahana, the wealthy Jewish-American man who helped them was awaiting their arrival in Istanbul. “We have taken the last Jewish woman from Aleppo and I feel very emotional,” he was quoted as saying.

However, the story did not have a happy ending. When the Jewish Agency NGO arrived in Istanbul to consider granting access to the Jewish family into Tel Aviv, only Mariam and Sarah were allowed to enter Israel.

Mariam’s daughter Gilda who converted to Islam, her Muslim husband Khalid and their children were refused entrance, according to Kahana’s statement to Gulf News.

“Some parties in Israel are trying to hide this tragic story,” Kahana said over the NGO’s decision to separate the family for being Muslims.

According to a statement by the Jewish Agency and the Israeli Ministry of the Interior, Gilda and her family “did not qualify for relocation to Israel” after having converted to Islam. Mariam and Sarah now reside in Tel Aviv.

Emotionally torn and denying to speak to the press, Gilda, Khalid and their three children chose to return to Syria instead of staying in Turkey enduring inhumane conditions at Syrian refugee camps.

Aleppo was once known as the capital of Sephardic (eastern) Jews. Last year, there were an estimated 50 Jews left in Aleppo. Today – allegedly none.