Rabat - While information regarding Friday's ongoing attacks in Paris continues to flow, French police has announced that three terrorist were killed and the hostage taking at the Paris concert hall is over. 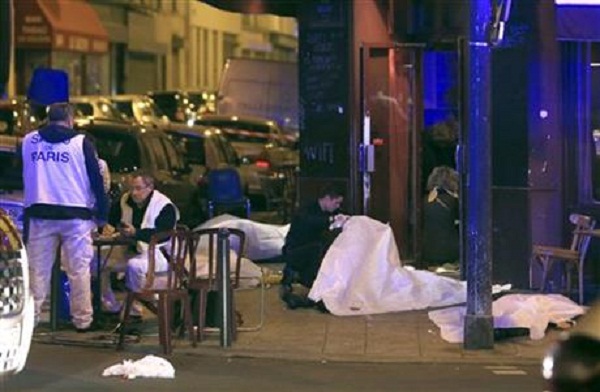 By
Aziz Allilou
-
Aziz Allilou is a student at the Higher Institute of Media and Communications (ISIC) and Morocco World News correspondent in Rabat.
Nov 13, 2015
Spread the love

Rabat – While information regarding Friday’s ongoing attacks in Paris continues to flow, French police has announced that three terrorist were killed and the hostage taking at the Paris concert hall is over.

Police officials told Aljazeera that security forces have ended their assault on the Bataclan, killing at least three terrorists

Associated Press quoted one official who described the “carnage” inside the building as saying that the attackers had tossed explosives at the hostages.

Reuters, on the other hand, reported that its own reporter has been told that the operation at the Bataclan has now ended. Meanwhile, the details of what happened inside the venue are not known.

Two explosions have been reported late on Friday near the Stade de France, a soccer stadium in Paris suburbs. At the time of the reported explosions, the German and French soccer teams were playing a friendly match.

The attacks seemed to have planned to hit areas where many people would be gathered on a Friday night in Paris, officials said.

At least 43 people are confirmed dead and 60 wounded in multiple attacks across Paris, firefighters said. But French police said the toll of victims is expected to rise.