Rabat - French authorities said on Saturday that they would close the Eiffel Tower, one of the most emblematic tourist sites of the French capital.The decision comes following the terrorist attacks that hit Paris on Friday night, claiming the lives of 153 innocent people. 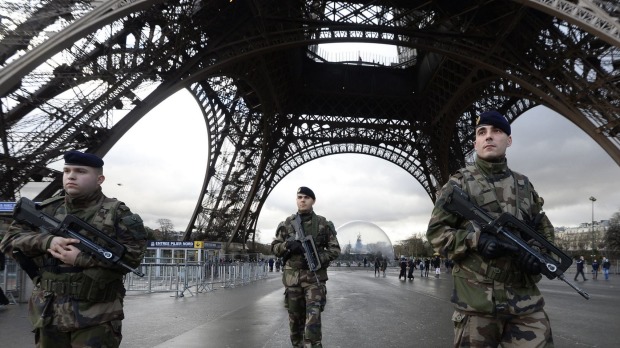 Rabat – French authorities said on Saturday that they would close the Eiffel Tower, one of the most emblematic tourist sites of the French capital.

The decision comes following the terrorist attacks that hit Paris on Friday night, claiming the lives of 153 innocent people.

Immediately after the carnage, French President, Francois Hollande, declared the state of emergency throughout the country and ordered the closing of borders.

ISIS claimed responsibility for the terrorist attacks, adding that the eight people who carried them out were wearing explosive belts.

Several coordinated attacks rocked the French capital when eight terrorists erupted in a number of public venues, such as bars, restaurants and theaters.

An explosion was heard near the Stade de France where the French President was attending a friendly football match between France and Germany.

The deadliest attack occurred in the Bataclan theater where more than 100 people were killed one by one by the perpetrators of the attack.

The eight perpetrators were all killed in the attacks. One was killed by the police, while the seven others were killed after they activated the explosive belts they were wearing.