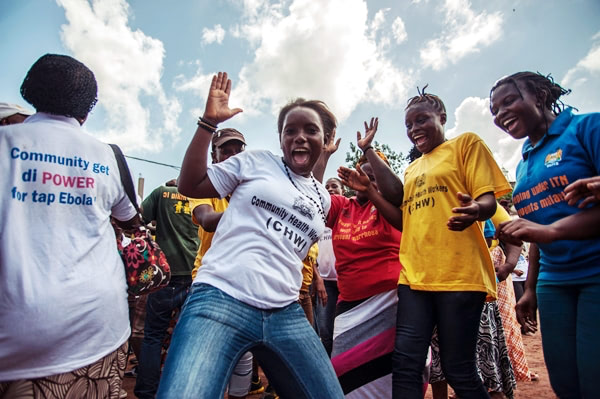 New York – Fourah Bay Foundation USA Inc. a not-for-profit organization in the United States has described the end of Ebola in Sierra Leone as an exceptional accomplishment of the government and people of Sierra Leone, and their international partners.

In a press release issued a day after the country was declared Ebola-free the organization stated that the rescue from the deadly epidemic “would not have been realized sooner had it not been for the total commitment of government, it’s international partners, ordinary citizens, the civil society including the medical community, the Sierra Leone Association of Journalists (SLAJ), the Sierra Leone Bar Association, student bodies, youth groups, religious and community leaders, the entertainment community, as well as the Sierra Leonean community in the Diaspora…”

FBF USA Inc. also thanked the leadership of the Fourah Bay community in Freetown including Madina Rahman; the country’s Deputy Minister of Health and Sanitation, and Imams Alhaji Yunisa Tejan Sanusi, Alhaji Hassani Karim and Alhaji Mohammad Thomas for what it described as guiding the community throughout the period of the outbreak.

With the exception of one reported incident, Fourah Bay which is located in the capital, Freetown, is one of the few communities in Sierra Leone that went almost unscathed by Ebola. During the course of the epidemic the US-based organization – on two occasions – donated anti-Ebola equipment to the community to help prevent the spread of the disease there.

FBF USA Inc. administrative committee member, Alieru Bakarr said they are proud to reach out to the community at a time when help was needed the most.

Mohamed Jabat Sesay, the treasurer of the organization said FBF USA Inc. was set up to address the many challenges the Fourah Bay community in Freetown faces. Sesay said that since its formation, the organization has been funding development projects in the community, mainly in the area of scholarship for students.