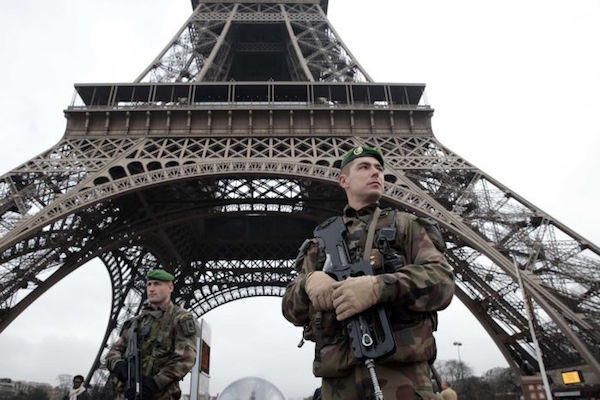 London – ISIS has perpetrated an attack of unthinkable proportions upon the people of Paris. The death toll has risen to 129.

The attack has shaken and disturbed what is essentially the heart of Europe. Fear and confusion are understandable emotions, and no one should be blamed for feeling unsafe, especially since the attacks happened in such casual, carefree parts of the city.

However, Europe must not bow down to these barbarous acts and allow the dehumanization and hatred of its own people. The ideas of liberty and understanding must be stressed and enacted upon now more than ever before as a true test of the resolve that is claimed to be the motto of the civilised world.

To the Muslims of Europe, this situation brings about a sense of disgust and sadness. At times like these many people believe that Muslims do not feel any remorse or do not condemn the violence. That is not true at all.

As soon as news came that the attacks had occurred in Paris, Muslim leaders and scholars from all over the world voiced their strong and firm condemnation of the attacks, even before ISIS was confirmed as the perpetrator. Social media feeds flooded with messages of hope and support for the French people from Muslim countries from Morocco to India, but the most passionate and genuine response were those of European Muslims.

To European Muslims, this is a crime that we had absolutely nothing to do with, yet every time something like this happens, we bear the burden of responsibility. Why?

Why should Muslim parents have to worry that their daughter could be attacked simply for wearing a scarf over her head? Why should a Muslim have to feel shame when announcing their faith or worry that they will be assaulted verbally or physically because of the actions of the misguided.

The condemnation of the attack is strong and firm in the Muslim community. However, we will not carry the burden of responsibility. These acts were perpetrated by militants with political agendas, painting their cause with a religious brush. We will not allow anyone to accuse the Muslim community of being tarnished with the same ignorant message.

Europe must come to the realization that acts such as these are not done to gain strategic victory or to conquer. These acts are done to provoke a mass alienation of the Muslims within Europe so that a right wing agenda can be justified and eventually lead to a mass exodus of Muslims from Europe back “home.”

This is nothing new. Ever since 9/11, Islamophobia has skyrocketed and has continued to rise year after year, with spikes in activity after such events. Many Muslims I personally know are already preparing for the backlash that will occur by instructing their children to be home before sundown and not travel alone at any cost. This is the state that many European Muslims have to accept and dread, anticipating throughout the year. The unfortunate irony of these attacks is that the long term victims of these heinous crimes are in fact the European Muslim themselves.

ISIS and the like are hoping that Europe responds with blind anger and rage. They would love for the everyday European Muslim to be alienated, despised, and feared. This will inevitably lead for European Muslims to abandon Europe and join the erroneously named ‘Islamic State’. This is what they believe. Europe must stand united right now. France must stand united with all its religions and not treat this attack as a Muslim incursion, but a politically-laden, deceitful, and cowardly act by people who want nothing more than for Europe to adopt a far right approach to its Muslim population.