New York - The Eiffel Tower in Paris has turned off its lights as a sign of mourning for the victims of yesterday’s terrorist attacks. However, other countries are lighting up as a tribute to France. 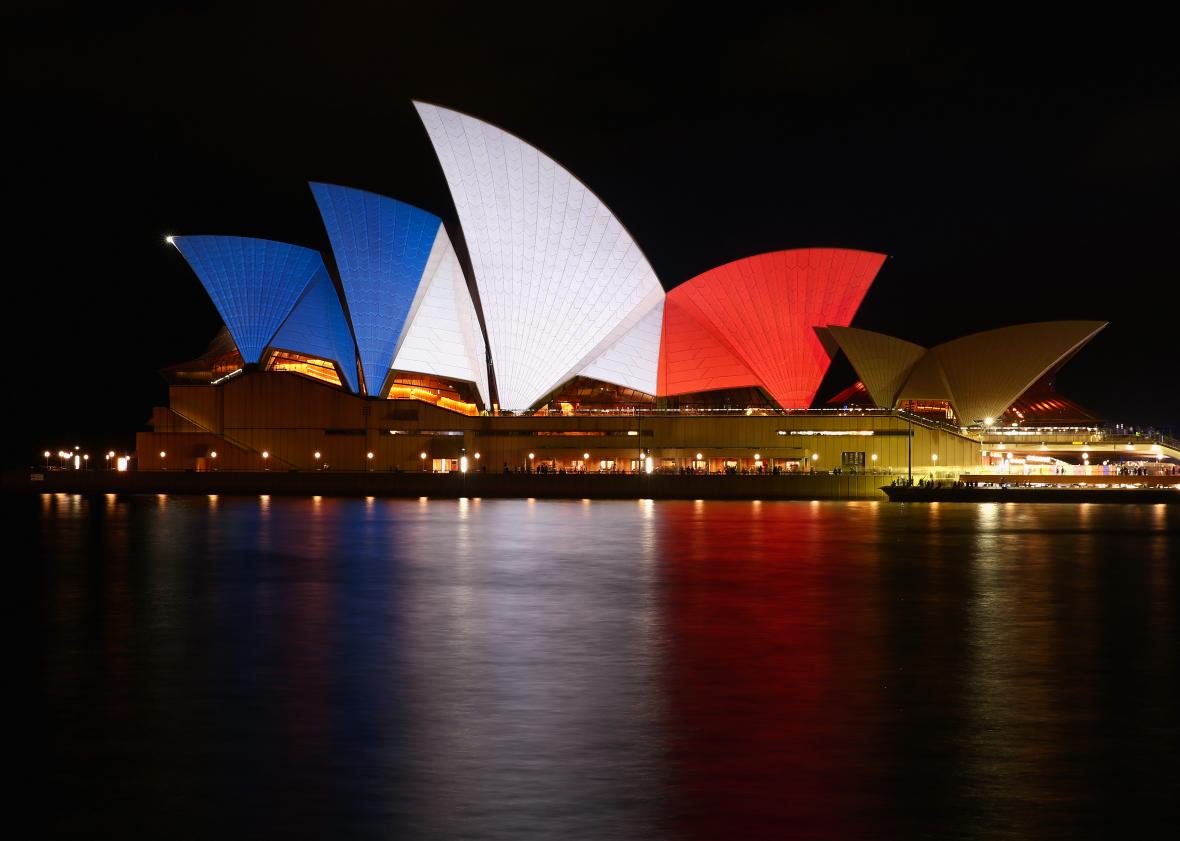 By
Karla Dieseldorff
-
Karla is an award-winning actress and producer.
Nov 14, 2015
Spread the love

New York – The Eiffel Tower in Paris has turned off its lights as a sign of mourning for the victims of yesterday’s terrorist attacks. However, other countries are lighting up as a tribute to France.

Blue, white, and red are the most prominent colors on the world’s most symbolic buildings since last night when France experienced its deadliest terrorist attack to date.

Famous buildings in some of the major cities around the world have lit up in blue, white, and red to show their support and solidarity for the French people.

One World Trade Center in New York City, the site of the 9/11 attacks of 2001, is wearing the colors of the French flag as tribute to its ally.

“We stand in solemn solidarity with the people of France, just as they have done for us in our own times of tragedy,” New York Governor Andrew Cuomo said, adding that One World Trade Center will stay lit in the French national colors for days to come.

On the other side of United States, San Francisco City Hall in California is also lit up in the French colors.

Canada and Mexico are showing their support as well.

The CN Tower is lit up with the French flag colours to show support for the people of Paris. https://t.co/Yss7QPcO3v pic.twitter.com/z4MT77g4HJ

The CN Tower in Toronto, Ontario is completely covered in blue, white, and red from top to bottom, as shown in a picture by the Toronto Star via Twitter.

Mexico’s Senate building is reflecting the French colors on its every face. The Mexican government issued a statement of support to show its unity with the affected European nation.

#Brazil Famous “Christ the Redeemer” statue in Rio is lit up in support of #France #Paris #PrayForParis #fusillade pic.twitter.com/9k6VsFkADO

South America’s iconic “Cristo Redentor” statue in Rio de Janeiro, Brazil is also lit up, blending the colors of France – white at the bottom and red and blue in each of its arms.

Two major countries on the other side of the world remembered the victims of Friday night’s terrorist acts in Paris and show their solidarity.

Australia’s world-famous Sydney Opera House turned on its lights to depict solid and well-defined blues, whites, and reds that can be seen from every point of view.

The Sky Tower lit up in the colours of the French flag. @nzherald @ONENewsNZ @BreakingNZ pic.twitter.com/1xXeVCTj3t

In New Zealand, the Auckland Sky Tower illuminated the city with France’s colors in solidarity with the European country’s deep suffering.

Millions of Facebook users all over the world have also added the colors of the French flag to their profile pictures.

The #Taipei 101 building in #Taiwan shows solidarity with #France on Nov. 14, 2015 #ParisAttacks#UneBougiePourParispic.twitter.com/o4mTOU6dpJ

The support poured from Asia as well. Taipei’s iconic 101 building in Taiwan built to withstand earthquakes and typhoons, dressed its façade with the blue, white and red.