London – On Friday, November 13th, a horrifying barrage of terrorist attacks in the French capital of Paris killed at least 127 people. Eyewitnesses described the scenes as “bloody” and “saddening.”This attack is even deadlier than the Charlie Hebdo massacre that took place earlier this year.

The French President Francois Hollande, who was watching the national team play Germany at the time, was escorted out of the stadium by security personnel.He has called the attacks an “act of war” perpetrated by the Islamic State,while also stating that the attacks were “organised and planned from the outside.” The President has reacted to the attacks by raising the threat level to the highest possible point and announcing a mourning period of three days for the nation.

France is currently in a state of emergency, which is only intensified by the fear felt at ground level, particularly in Paris. British Prime Minister David Cameron has voiced his firm support and solidarity with the French, stating that “Your pain is our pain.”The Prime Minister has declared the threat level in the UK to be “severe” and that it will remain so indefinitely. Cameron also said, “The terrorists’ aim is clear: it is to divide us and to destroy our way of life. So more than ever we should come together and stand united and carry on with the way of life that we love.”

King Mohammed VI has also expressed his condolences to President Hollande. The King said he “would like to condemn, in the strongest terms on behalf of the Moroccan people and in my own name, these vile terrorist acts and express our full solidarity and support to France and its people in this ordeal.” 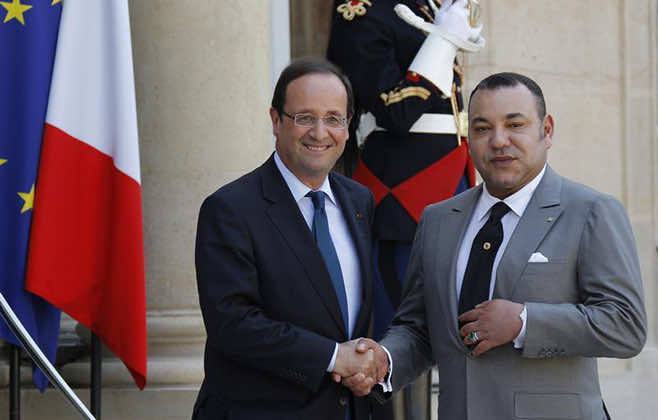 President Barack Obama responded in the early hours of Saturday morning, promising support and assistance from the US in every capacity. He called the attacks an “outrageous attempt to terrorize innocent civilians.”

Obama went on to say, “This is a heartbreaking situation, and obviously those of us here in the United States know what it’s like and we’ve gone through these kinds of episodes ourselves,” likely alluding to 9/11 and other terrorist attacks that still remain in the hearts of many Americans.

The former President of France Nicolas Sarkozy aired his point of view in this tweet: “Terrorists have declared war on the France. Our response must express a firmness and determination of each moment.”

The Canadian Prime minister Justin Trudeau was disgusted by the attacks and voiced his support for the French. The recently elected Prime Minister is known for his liberal attitude and pro-Multicultural sentiment.

I am shocked and saddened that so many people have been killed and injured in violent attacks in #Paris. Canada stands with France.

The resounding support for the French is noticeable on both social media and in political discourse, with leaders from all over the world, including Muslims, condemning the attacks.

Sheikh Khalifa bin Zayed al-Nahyan, the President of the United Arab Emirates, has denounced the attack, promising to “spare no effort… to fight terrorism in all its forms.”

King Abdullah of Jordan has also voiced his support of the French and expressed his “deep regret and sadness”.

Egyptian President Al-Sisi also expressed his sorrow and disgust of the attack, pledging support to the French.

Turkish President Erdogan in a televised message said, “As a country that knows very well the manner and consequences of terrorism, we understand perfectly the suffering that France is experiencing now.”

Iranian President Hassan Rowhani has issued a statement in which he describes the attacks as a “crime against humanity.”

The Kremlin has also issued a statement, with Putin stating that “this tragedy has become another testimony of terrorism’s barbarity, which poses a challenge to human civilization.”

It would seem that the world is united with France  at this point in time and international sympathy and support is flooding from all over the globe over social media.