New York - France has launched a ‘massive’ airstrike against the so-called Islamic State in Syria (ISIS) on Sunday evening. 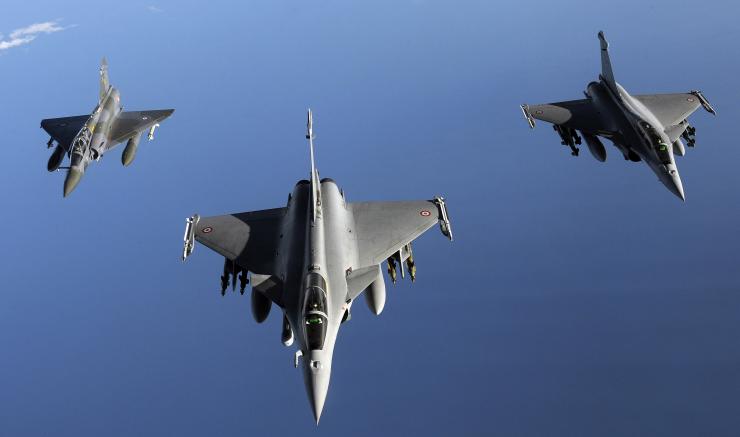 By
Karla Dieseldorff
-
Karla is an award-winning actress and producer.
Nov 15, 2015
Spread the love

New York – France has launched a ‘massive’ airstrike against the so-called Islamic State in Syria (ISIS) on Sunday evening.

The French Defense Ministry told the Associated Press on Sunday that the French government had dropped bombs in the ISIS stronghold city of Raqqa in northern Syria.

According to the same source, the French retaliation strike hit an ISIS command control center, an ammunitions depot, a jihadi recruitment center and training camp.

“The raid including 10 fighter jets, was launched simultaneously from the United Arab Emirates and Jordan. Twenty bombs were dropped, the ministry’s statement said.

The airstrike were reportedly carried out in collaboration with the United States. On Sunday, the U.S. shared intelligence plans with France to identify strong targets of ISIS and facilitate the drop locations of the French jets.

The U.S. Secretary of Defense, Ash Carter, is planning to remove restrictions on intelligence-sharing of “target packages” against ISIS and include France within its list of “most-trusted intelligence-sharing partners” to assist French airstrikes, a French official said.

Pentagon Press Secretary, Peter Cook, said on Sunday that American and French defense chiefs “agreed on concrete steps the U.S. and French militaries should take to further intensify our close cooperation in prosecuting a sustained campaign” against ISIS.

Following the terrorist attacks perpetrated ISIS on Friday night in Paris, French President François Hollande vowed to be “merciless” with the terrorists.

“France is strong and even if it is wounded it will get up always and nothing will hold us down, even if we are feeling grief now, we will defend ourselves,” Hollande stressed.

In a well-coordinated series of attacks, seven ISIS terrorists bombed and shot six locations in Paris, including the Stade de France and Bataclan theatre, killing nearly 132 civilians and injuring 300 others.