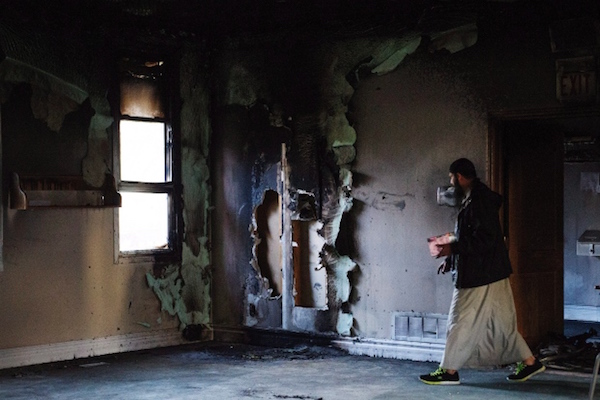 Rabat – A Canadian mosque has been deliberately set on fire in the small town of Peterborough on November 14, police say.

The blaze is said to have occurred at about 10pm local time at the Masjid Al-Salaam Mosque, one hour after a children’s birthday party had ended. No-one was hurt during the blaze.

Firefighters were able to quickly confine the fire to the main floor of the building, but police state that the act of arson caused about $80,000 in damages.

In a report published by Canada’s National Post, the city’s mayor, Daryl Bennet, condemned the acts. Mayor Bennet said that the attacks do not reflect the city’s attitude towards its Muslim community.

“Attacking a place of worship is a despicable act,” he said.

President of region’s Muslim association Kenzu Abdellah was also stunned by the attacks, as the city’s Islamic community had a great relationship with the rest of Peterborough.

“The scare for people [sic] is that what if this had happened while we were in there?” he said.

The district’s Member of Parliament Maryam Monsef moved to the small town from Afghanistan when she was 11 years old. She said she has always felt welcomed in the small town since she immigrated there more than twenty years ago.

Despite this support, the town’s Muslim community is rattled by the attack on the only mosque in the area.

Members must find a new place to hold prayers, as well as other important community services. The Masjid Al-Salaam Mosque also held classes in Arabic and Koranic studies, as well as a community food drive.

The mosque has already received funds for recovery, collecting $1,400 from an online crowdfunding platform. Also, local church groups are raising funds for this cause.

Police have yet to find a suspect for this attack and investigations continue. Officials are calling on the public to provide any information they may have regarding this attack.