Rabat - Saharawi coordinator of the Khat al-Shahid, Mahjoub Salek, accused the Polisario and Algeria of violating human rights in the Tindouf camps, during a conference at Azilal, central Morocco last Thursday. 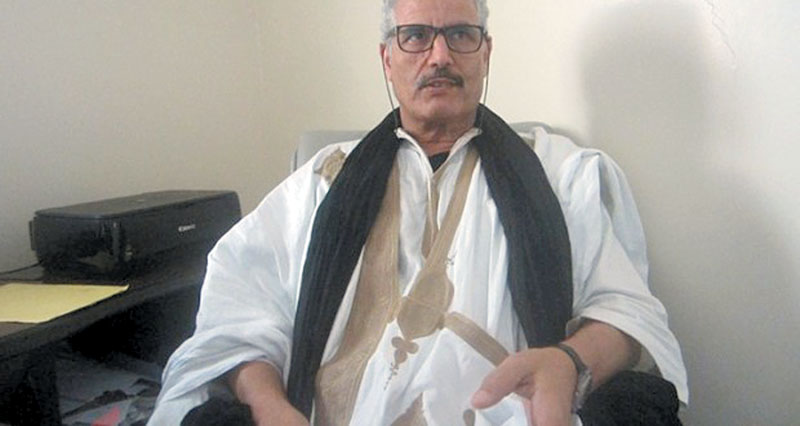 Rabat – Saharawi coordinator of the Khat al-Shahid, Mahjoub Salek, accused the Polisario and Algeria of violating human rights in the Tindouf camps, during a conference at Azilal, central Morocco last Thursday.

Salek who was imprisoned for a decade in Tindouf camps at the hands of the Polisario, stressed that the Algerian-separatist leaders use torture tactics to grow and fund their organization, according to Arabic daily Al Ahdath Al Maghribia, in its Tuesday issue.

“Human rights are violated by the Polisario and by Algeria since the beginning of the conflict around the Sahara,” the Saharawi leader said during “The Polisario Leadership and Trade of the Suffering of Our Families in the Camps” conference in Azilal.

“Every day, our families are victims of torture in all its forms, practiced in prisons in Tindouf camps. Those are the negative results of this conflict that has lasted more than necessary,” he added.

The Khat al-Shahid movement, which is an opposition group inside the Tindouf camps in Southwest Algeria, believes that Morocco has taken “the right steps to find a mutually agreeable solution to the Western Sahara question, but the Polisario has not taken any action to reach a settlement.

“While Morocco has had the courage to admit its mistakes and repair through reconciliation with the victims and the compensation they are entitled to, the Polisario leaders have taken no action in this direction,” Salek highlighted.

He also pointed out that the separatist organization’ leaders are “corrupt” and do “everything with the purpose to amass their fortune” and anyone who opposes and steps in their way, gets punished and tortured.

“Whoever dares to show their opposition or points to this [Polisario] dictatorship in power for forty years is considered a traitor and spy,” the Khat al-Shahid leader noted.