New York - Social media users around the world and the French press are paying tribute to the memory of the Moroccan young man who died victim of the terrorist attacks that hit Paris on Friday night. 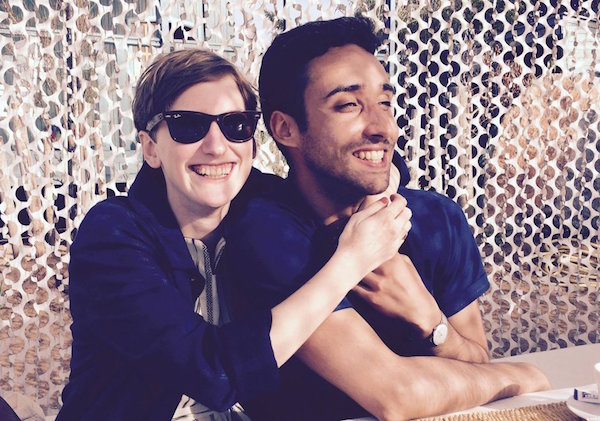 By
Karla Dieseldorff
-
Karla is an award-winning actress and producer.
Nov 17, 2015
Spread the love

New York – Social media users around the world and the French press are paying tribute to the memory of the Moroccan young man who died victim of the terrorist attacks that hit Paris on Friday night.

Amine Ibnolmobarak, the 29-year-old architect who was killed while dining with his French wife at café-bar Le Carillon when a terrorist opened fire killing 11 others, has received many tributes and words of praise and compassion.

Amine was admired and respected in Paris where he resided with his wife Maya Namate, who was also shot and remains in critical condition, according to French media.

The young architect was an example to his community in France and back home in Morocco.

The tributes speak for themselves:

“He was very enterprising and passionate. He had mounted his agency with Maya. He had a kind of strength in him that you seldom find in people,” a close friend of Amine said.

The victim was celebrating his participation at a gallery in the French city where some of his works were being shown.

“This Saturday, we were supposed to go to the exposition of architectural projects in southern cities, in which Amine had contributed for the Crous Gallery in Paris,” a friend said lamenting his death.

“Amine was a very handsome, brilliant, stylish man. He impressed me with his charisma and the attention he gave to people,” the user added.

Some social media users were angry and hurt by his death. They also expressed their feelings through Twitter and Facebook.

“This is Amine Ibnolmobarak. He was an architect. He was a Muslim. And he was killed by the Paris gunmen,” a user said indignantly.

“Hey bastards here is an example of the work done by a man you took down,” another user wrote posting a link to Amine’s thesis on the Pilgrimage to Mecca.