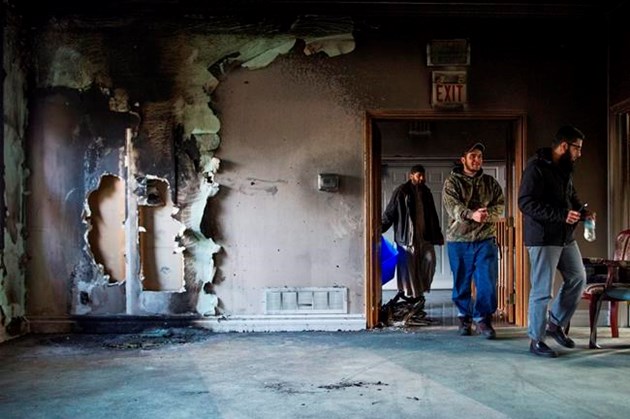 Rabat – The Canadian mosque that was attacked on November 14th, the Masjid Al-Salaam Mosque in Peterborough, has raised enough funds through online crowd funding to repair the subsequent damage.

The mosque’s fundraising page on FundRazr.com collected $110,548 before pausing the campaign on November 16, after exceeding the initial goal of $107,000.

The campaign’s creator, Duane Rouselle, is excited by the number of donations he received from the 2,098 contributors worldwide.

“We are overwhelmed by the amount of support that we have received.” Adding “we have decided to raise our goal to accommodate the estimated $80,000-$100,000 damages, so that those who want to contribute can still do so.”

Canadian Prime Minister Justin Trudeau released an official statement on the Canadian government’s website on November 16th condemning the attacks and vowing to pursue this investigation.

“I am deeply disturbed by the fire that took place at the Kawartha Muslim Religious Association’s mosque in Peterborough on November 14, 2015 (…) To the families who attend the mosque for prayer every week, the Government of Canada and our law enforcement agencies will protect your rights and make every effort to apprehend any perpetrator.”

Peterborough’s Chief of Police, Murry Rodd, told a press conference on November 16th that investigators will be treating this as a hate crime.