Rabat - From North Africa to Australia – Can you still be Moroccan if you weren’t raised there? 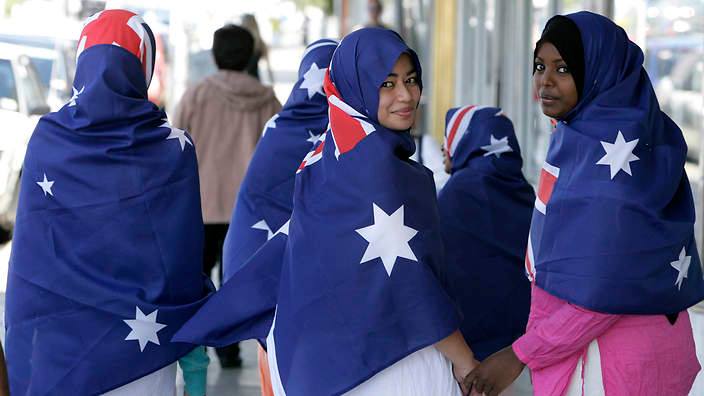 Rabat – From North Africa to Australia – Can you still be Moroccan if you weren’t raised there?

My parents met in a small industrial city called Mulhouse in Alsace, France. My French mother had just come back to the country after studying abroad for some time to be with her family that had recently relocated, my Moroccan father was doing the same. Then they moved. They moved to the other side of the world and married on an island-country in the Asia-Pacific, Australia.

Known for its beaches, kangaroos, landscapes and beer, the country is home to one of the whitest populations in the world—even the original people of the land represent only 2 per cent of the population.

It’s estimated Australia is about 85 to 90 per cent white—the government census does not ask for race. What it does ask for, however, is ancestry. And most Australians have European heritage, more than half of which is Anglo-Celtic (UK + Ireland) which makes sense as the country was a former colony. Though Australia has adopted a multicultural policy since the late 1970s, it’s a small population and immigration remains low.

So, you can imagine: there are many Maghrebis in France, but, not as many 16,000 kms away in Australia.

I was raised by my mother and grew up in a middle-class household in a town of about 350,000. The town is the capital, Canberra, and hosts four universities, the embassies, parliament and the public service. So, you can say it’s an educated town. Though I went to a bi-lingual French-Australian school and my mother tried to teach me as much as possible about the country of my father, I was isolated from my Moroccan culture. At the school there were some French kids, two or three of Vietnamese descent but there were no Arab, let alone African, kids.

My father never really spoke of Morocco a great deal when I was a child. He told me stories of his country, the people, the spices, the food—he cooked the most delicious dishes. He spoke of family members’ journeys across the Sahara to reach Mecca. He would sing, mutter and scold in Moroccan but he too was isolated from it. And until Emirates flew out of Australia, Morocco was a hard place to reach and equally hard to pay for regular trips.

As I grew older, I started to notice the differences: people would always ask me where I’m from or what nationality I was. My answer was always French—I had the passport, I spoke the language, I knew the culture. But I would always hesitate. After all, I have a distinct Arabic name and by that time I knew my Moroccan family well. I understood the culture. I cooked with the same spices. I understood the religion. But, obviously, couldn’t speak the language and I had only been there once before.

I’ve never experienced overt racism in Australia and I am thankful for it. But, small things like—I’m going to make up a word here—exoticization lead to being left with a sense being an outsider.

People were always curious about my heritage, maybe because I live in such an Anglo dominated culture. It was interesting, rare and exotic to be of Moroccan heritage. Though for most part, many didn’t even know where Morocco was. This conversation was common:

“Is that in South America? The Caribbean? Do you speak Spanish?”—“No it’s in Africa, just under Spain.”

But once people learned Morocco was a Muslim country where the main language is Arabic, the conversation had to quickly change.

After September 11 and the war in Afghanistan—which happened when I was in year six—any hope to associate myself with an Arab culture was burnt out. As the Western world turned its eyes to the Middle East, the latter’s cultures were brutalised, disrespected, misrepresented, misunderstood and altered to fit a narrative through the media. By the time of the second Iraq war, France was imposing bans on the burqa and Australia—under the Howard government—deployed tactics of fear such as constant talk of border security. The war on terror and Islam was in full swing.

I just couldn’t bear the questions, the looks, the attacks, the vilification. I used my nickname, Scherry instead of my full name Scheherazade, I maintained I was French when people asked. In a sense I rejected my Arab culture. It was just easier, but certainly not right.

This identity saved me from a lot of racism and Islamophobia, but I am still ridden with guilt that I used my mother’s roots as a form escapism and heavily adopted White-Australian culture as a form of assimilation throughout my formative years as a teen.

From rejection to identifying factor

Once I reached my twenties and after my gap year, where I travelled around the world, a desire to once again associate myself with Arab cultures and being Moroccan was re-kindled. I started to do Ramadan, attended prayers at Canberra’s Islamic Centre and undertook studies which allowed me to explore and start better representing the cultures from the Middle East-North Africa region (MENA) which are tainted by negative stereotypes.

After a recent trip to Qatar and the United Arab Emirates, I had not realised how much I resonated with aspects of Arab culture—which has similarities across MENA.

And I certainly had not realised how much looking different in Australia affected me.

The cosmopolitan cities of Dubai and Doha were multicultural paradises. I felt so safe and almost at home, in Qatar especially, the more traditional of the two countries. It was nice to not have to defend Arab culture or have the ‘Oh, you’re so exotic!’ card played all the time.

In anticipation of my return to Morocco in November, I wonder as a means of identification: ‘Can I be Moroccan?’ and ‘Would I be accepted as Moroccan?’

For the meantime, I’m happy to be me, a cultural hybrid.

Cultural hybrids or people of mixed origins juggling different cultures always have trouble identifying themselves. But questions revolving around identity plague every human as we find meaning to our lives. What I’ve learnt is identity changes as you change and that’s perfectly okay—in fact it’s only human.

** This is a personal account of certain aspects of my life where I have attempted to deal with racism, Islamophobia and cultural identity. I in no way attempt to speak for everyone who faces these issues.