Marrakech - A question which philosophers of language and linguists have always found difficult to answer is the following: How do words come to be meaningful? How can a mere sequence of acoustic beats (= speech sounds) that occasionally hits our eardrums trigger in our minds an extraordinarily rich understanding of the thoughts, intentions and experiences of the speakers we interact with? Let us call this question or any more precise version of it the meaning question. 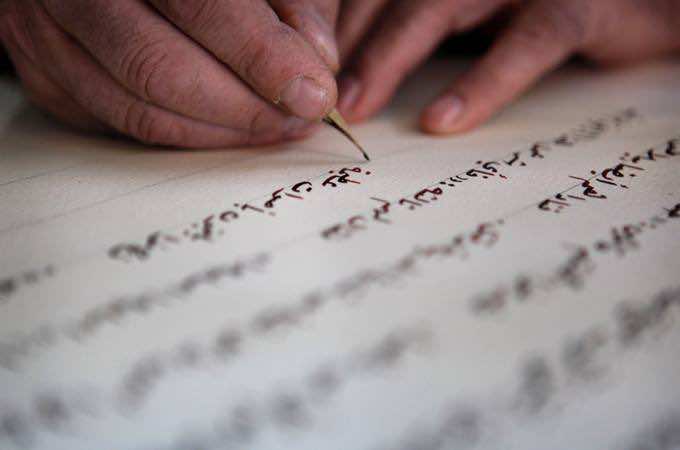 Marrakech – A question which philosophers of language and linguists have always found difficult to answer is the following: How do words come to be meaningful? How can a mere sequence of acoustic beats (= speech sounds) that occasionally hits our eardrums trigger in our minds an extraordinarily rich understanding of the thoughts, intentions and experiences of the speakers we interact with? Let us call this question or any more precise version of it the meaning question.

What makes the way we produce meaning even more intriguing is that speakers do not always speak literally or directly to be understood by their audience. When a young girl asks her brother leaving for a football-match: “what are you going to put on for the match?”, and the brother then answers: “ a prom dress!”, the sister might understand immediately that her brother’s answer is intended to be a sarcastic reaction to what she possibly takes to be an unintelligent question.

When a speaker asks a hearer: “How many times should I ask you to broom this room?” the hearer would sound weird if he responded saying something like “twice!” interpreting the speaker’s question as a mere question rather than a reprimand! If Mary asks Sally about John saying: “Does John have a job now?” and then Sally excitedly answers: “He goes on a trip every weekend!” Mary will more likely go “between the lines” to infer that John has a job and is well-paid.

The point is that “to make sense” of what the speaker says, the hearer must assume that there is much to what the speaker means than is explicitly said by the words this speaker uses. Suppose a speaker says “I love you like my brother”. How the hearer takes this depends on who the speaker is and what the speaker believes about the hearer. If this utterance is used by a male speaker to address another male speaker, the hearer will probably take it to be an expression of brotherly love towards him. If a woman says “I like you like a brother” to a man, the man can infer that the woman does not love the man in the romantic sense of the word. If the hearer already knows that the speaker hates his brother, he might infer that “I love you like y brother” should be taken to be a bitterly sarcastic way of saying: “I hate you”. The potential practical ambiguity of “I like you like my brother” can be highlighted by thinking about what the speaker intends to do in uttering it. Bach and Harnish, language use experts, explain this practical ambiguity in the following terms: This utterance, they argue, might, depending on the context, have the force of an assurance, admission, an answer (to a question), or even a promise. For example, it might be intended (and be taken) as an assurance if S the speaker and the hearer mutually believed that the hearer doubts that the speaker loves him. It would be intended and be taken as an answer if hey mutually believed that the hearer just asked the speaker how he feels about it.

What makes the question of meaning even more resistant to explanation is that cultures differ from each other with respect to how they produce meaningful expressions about their daily-life feelings and attitudes. Because core human feelings and experiences are universal, one may be inclined to think that people’s ways of expressing them are also universal. For example, while individuals in all the existing cultures compliment their neighbors for various reasons, cultures develop considerable different styles of complimenting. Nelson, Bakary and Al Batal, language use experts, discovered that when Egyptians want to compliment each other, they use marriage metaphors and comparatives. They gave the following examples to illustrate their point:

“what’s all this chicness! We have become very pretty! Who is on the way?

A- “Your dress is beautiful”

B- “Really, your hair style is nicer”

Wolfson, another language use expert, confirmed the existence of this kind of differences when she observed that the use of compliments is rare in the Indonesian culture compared to the Anglo-American culture. Only educated individuals among Indonesians who had enough contact with Westerners give compliments to each other.

Wolfson (in collaboration with Manes, another language use specialist) collected over 1000 American compliments in a wide range of situations and found that about 80% of Americans use compliments that fall into one of the following two patterns: Your shoes are great and These are great cookies.

Just “the meaning of life” itself, meaning production is still mysterious- the most mysterious among all the other aspects of human language.