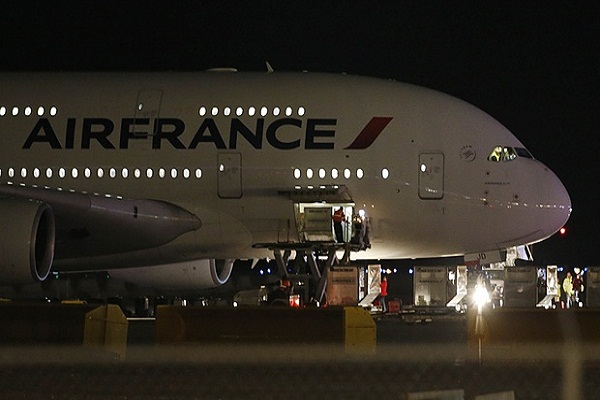 Rabat – Bomb threats have forced two Air France flights bound for Paris from the US to be diverted late on Tuesday night.

One Air France plane from Los Angeles International Airport was diverted to Salt Lake City, Utah, whilst the other from Washington Dulles International airport landed safely in Halifax, Nova Scotia in Canada.

Once safely landed the aircraft were searched and no explosives were found on either jets according to police.

Air France flight 055 resolved. RCMP find no threat. Passengers/crew off to hotels. All safe. Many thanks to agencies who helped manage.

Flight AF065, from Los Angeles carrying 487 passengers and crew on an Airbus A380 has resumed its journey, according to the Salt Lake City Tribune.Local FBI said no evidence was found aboard the plane “which would lend credibility to the threats” against the flight, according to Reuters.

Searches of plane and luggage concluded. No explosive device found. Plane has been turned over to @HfxStanfield #AF055 — RCMP, Nova Scotia (@RCMPNS) November 18, 2015

Flight AF065 left Utah in the early hours of Wednesday morning and is now en route to Paris expected to land at 5.37pm local time, according to Flight Radar24.

Flight AF055 is expected to fly out of Halifax in the coming hours and has been renumbered to AF4093, Air France said in a statement.

Air France said on the bomb threats was a false alarm and that an investigation will continue into the source of the telephone call.