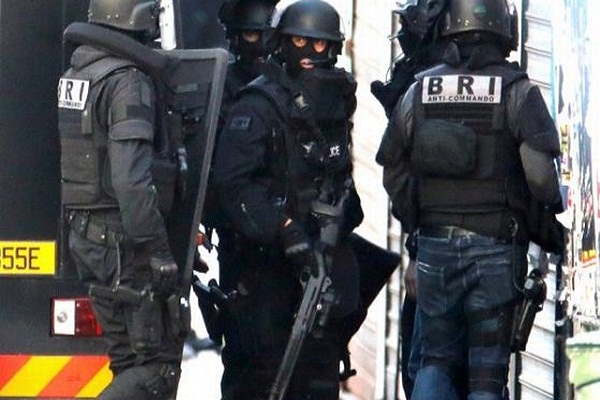 Two suspected terrorists dead after explosions, heavy gunfire rocked the Paris suburb of Saint Denis as police searched for the mastermind behind the Paris terrorist attacks.

Two terror suspects, including a female suicide bomber, have been killed and seven arrested in the raid which started in the early hours of Wednesday morning.

The woman, believed to have been the first female suicide bomber in France, blew herself up in an apartment, whilst a man was hit by grenade.

Officials say police were looking for Abdelhamid Abaaoud ,a French national of Moroccan origins who is the alleged mastermind behind the November 13 attacks that killed 129 people.

Paris prosecutor Francois Molins confirmed the raid was conducted after phone taps and surveillance operations led police to believe that Abaaoud may have been in St. Denis, reports Reuters.

Mr Molins gave no further information on the seven suspects who have been taken into custody during the raid.

“It is impossible to tell you who was arrested. We are in the process of verifying that. Everything will be done to determine who is who,” Mr Molins told reporters at the end of the operation.

French president Francois Hollande said actions taken by police confirm “we are at war, a war against a terrorism which itself has decided to launch war against us.”