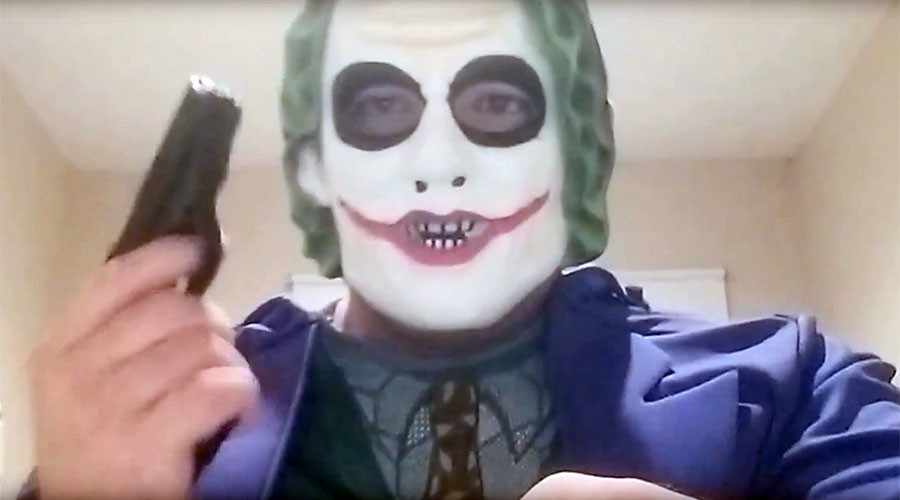 Rabat – Canadian Police arrested a man accused of vowing to kill one Arab a week as retribution for last week’s ISIS attacks in Paris.

The suspect, a 24 year old man and resident of Montreal, was suspected of making this video dressed as “The Joker” villain from the Batman comic-book series. The man was also allegedly brandishing a firearm during the video. Police have concluded that this weapon is an air rifle.

The video, which was made in French, showed the suspect claiming that his violent acts would “clean” the province.

The video was posted on November 17th on YouTube and posted under the account name “Jack Napier”, the Joekr’s alter-ego. The video was quickly removed from the site, according to the Journal de Montreal.

He was arrested by the Montreal Police Service on Wednesday at 1 am in the district of Montreal-Nord. He is currently being held by police and will appear in court today.

The suspect also claimed he is a member of a ten person group carrying out these attack. None of these alleged members were in this video. The only person audible in the video was a crying child, according to the Huffington Post.

It is unclear what charges will be laid against the man, but the charges could include inciting an act of terrorism or with a hate crime, both of which carry prison sentences.

Quebec’s minister of Public Security, Pierre Moreau, also denounced the attacks in a statement to the Canadian Broadcasting Company.