Fez- It is been 59 years thus far since Morocco seized its political independence after four decades of peaceful and armed resistance against French colonial rule. 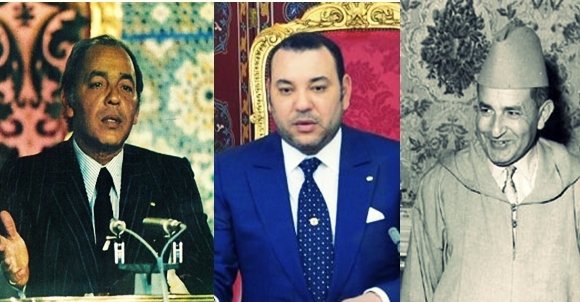 Fez- It is been 59 years thus far since Morocco seized its political independence after four decades of peaceful and armed resistance against French colonial rule.

Millions of people, men and women, across Morocco could not withstand the existence of strangers on their land and stood up against the French, sacrificing their lives, thousands were indeed martyred, to liberate their country.

Tales of bravery, heroism and legendary resistance are still being told to remind us of how precious this land is and how much our fathers had to pay to protect it. 59 years of independence should be a stage for reflection and evaluation.

What achievements have we made on the economic, social and political levels? Is Morocco now the country that our fathers bartered their lives for? What mistakes have we made throughout the journey of our modernization and development? What remains to be done?

The post-independence era in Morocco and in most Arab countries was generally characterized by disillusionment and disenchantment. The high forlorn hopes Moroccans placed on national independence were unfulfilled and frustration reigned over the hearts of the masses.

A war between the beneficiaries and the non-beneficiaries of independence was kindled to retard the real construction of the newly-independent Morocco; A ferocious ideological war over power and dominance. Morocco was, thus, precipitated into a battleground for opposing ideological forces endorsing completely different projects for the future of the country.

The Years of Lead, which extended from the late sixties untill the early eighties of the twentieth century, were another black stage in the history of Morocco. This dark period was marked by violence, repression, detainment and murder of political activists and dissidents.

The global rift between the communist bloc and the capitalist bloc cast a shadow on the political scene in Morocco and fueled the conflict over power and authority. To maintain its legitimacy, the palace had no other choice but to eradicate its communist and leftist rivals. It was a question of existence for the monarchy and in war and love everything is fair as the proverb goes. The conflict, accordingly, was very detrimental to Morocco’s social and economic conditions. It seemed then that nobody had enough time to think about the people’s needs.

With its pros and cons, the reign of the late King Hassan IIcame to its end by his death in 1999. The coming of the current king Mohamed VI to the throne in July 1999 marked the beginning of a new era characterized by great political and constitutional transition and a remarkable departure from the authoritarian past.

I remember how the new king shuttled across Morocco immediately after his inauguration reassuring people about the future and sending messages of reconciliation and hope. This new atmosphere of trust had been established by Hassan II a year prior to the enthronement of Mohammed VI when he appointed Abderrahman El Youssefi, one of his vehement political opponents, head of the ‘alternance’ government on Mars 14, 1998.

“I introduce to you the man who was trying to assassinate me to appoint him prime minister,” Said Hassan II.  This declaration was a turning point in the history of Morocco and a message to Moroccans and to the Prince who would a year later become the king of Morocco.

The political, legislative and economic reforms Morocco enacted following the enthronement of the new king Mohamed VI revived the hope of a better Morocco. The Equity and Reconciliation Commission created in 2004 was meant to reconcile with the victims of human rights abuses during the Years of Lead and compensate them for the various forms of torture and the atrocities they were subjected to.

The Mudawana (Morocco’s family code) of 2004 was another giant step on the way of reform. Right after being passed by the parliament, the Mudawana was internationally hailed as a very advanced family code in the Arab world and particularly commended for its endorsement of women’s rights and gender equality.

In 2011, Moroccans voted for a new ‘democratic’ constitution that was then described as the first of its kind in the Arab region at a time when other Arab regimes were responding with extreme violence to the protesting masses.

One of the greatest achievements of the 2011 constitution is its call for regionalization and the decentralization of power. Perhaps the most ambitious project of all in Africa and the Middle East is Morocco’s economic and social development project outlined in the advanced regionalization project, which is now being implemented after the regional and local elections of last September.

On the economic level, after fifteen years of the reign of king Mohamed VI, giant economic projects are either done or in process all over Morocco. The kingdom is interconnected by a dynamic network of highways and railways. The development of social and economic infrastructure has reached its highest pace with the construction of highways, roads, railways, ports and airports across the country. This turned Morocco into one of the biggest investment destinations in Africa.

On the human rights level, Morocco is by no means comparable to other countries in its region. Amidst a region stricken by social and political turmoil, terrorism, wars and anarchy, Morocco has managed to draw a different path that convinced not only its friends and allies but also its traditional opponents.

‘The exception’ that international media use when addressing Morocco was not arbitrarily chosen though there are many skeptics. Morocco is steadfastly taking the right way, it may seem to be a slow pace, but I believe it does not matter how slowly you go as long as you do not stop.

Our quest for positive change will go on. Our war on corruption, despotism, nepotism, bureaucracy and all forms of injustice –which still exist in varying degrees, I admit – shall never cease and Morocco shall survive and thrive. 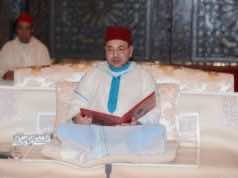