New York - Three white American terrorists were arrested in Chesterfield, Virginia and charged with plotting to bomb African American synagogues and churches, according to NCB News. 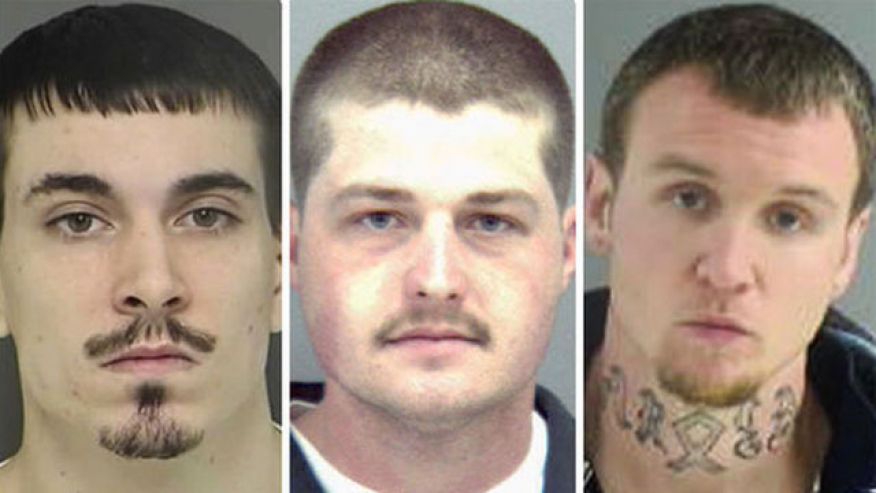 By
Karla Dieseldorff
-
Karla is an award-winning actress and producer.
Nov 18, 2015
Spread the love

New York – Three white American terrorists were arrested in Chesterfield, Virginia and charged with plotting to bomb African American synagogues and churches, according to NCB News.

While Western mainstream media is focusing on the Paris terrorist attacks since last Friday, three men with links to a radical white supremacist group of racial extremists were taken into custody by the FBI and local police last week in Virginia.

Robert Doyle, 34, Charles Halderman, 30, and Ronald Chaney 33, are accused of trying to purchase explosives, automatic weapons and pistols with silencers to “firebomb places of worship” and start a “race war.”

The FBI describes terrorism as the use of violence or intimidation that involves acts dangerous to human life and violates federal or state law, by mass destruction, assassination or kidnapping. However, the word “terrorist” is not being used by American media to describe these criminals who were planning to terrorize U.S. citizens.

The three terrorists have been convicted of felonies in the past, including substance abuse, violent crimes, and drug-related charges, among others.

Halderman was charged with attempted robbery at a Richmond-area jeweler and use of the money to buy land, weapons, recruit other extremists, and train them for a “race war”.

Undercover agents posing as gun dealers and a jeweler recorder set up the men and recorded conversations of their plans.

According to an FBI informant, Doyle even laid out the plan and how he was going to shoot people, namely the jeweler, in the face and throw away his body.

Helderman told the undercover agent that he was hungry and was a soldier and he needed these weapons to carry out his plan.

An FBI affidavit revealed that Doyle held a meeting at his house in Chesterfield last September to plot the “shooting or bombing the occupants of black churches and Jewish synagogues, conducting acts of violence against persons of Jewish faith, and doing harm to a gun store owner in the state of Oklahoma.”

Two of the offenders “ascribe to a white supremacy extremist version of the Asatru faith,” a sect that worships Norse gods and traditions, according to FBI agent Rudsilli’s report.

“These are people who are warriors for the white race,” the agent said, adding that this type of extremists have created a “white warrior religion”.

The three criminals will face a grand jury on December 1. The men have been charged with conspiracy even though the bombing crime was thwarted by the authorities.