Rabat - British Muslims are supposedly “conflicted in their loyalties” between supposed unpatriotic elements in the Islamic faith, according the Ukip leader Nigel Farage. 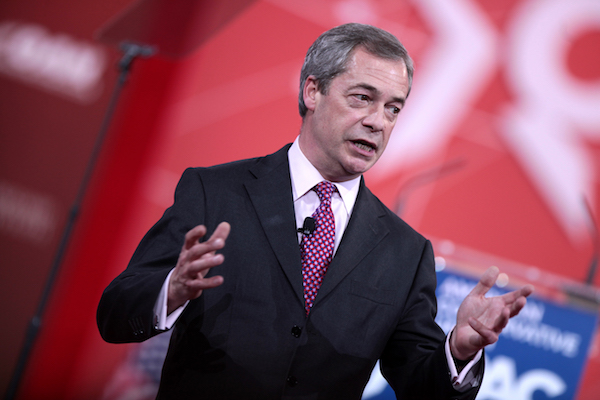 Rabat – British Muslims are supposedly “conflicted in their loyalties” between supposed unpatriotic elements in the Islamic faith, according the Ukip leader Nigel Farage.

Speaking to an audience in Basingstoke, Farage pointed to research stating: “It is clear that the UK Muslim population are conflicted in their loyalties between loyalty to the UK, its way of life and its institutions and what elements within their organised faith are telling them,” according to the Independent.

Farage was referring to a poll published earlier this year where more than 90 per cent of Muslims approved of the British way of life, but 27% had sympathy for the motives behind the Charlie Hebdo attacks, a senior Ukip source told the Guardian.

He also criticised the lack of transparency into funding of mosques in the country calling for more to be done in tracking money from Saudi Arabia that is being spent on “faith institutions” and educational establishments.

True to the party’s immigration fears, Farage cited there were now “Three million Muslims living in Britain, which represents a 75 per cent increase over the last 10 years.”

“And yet we know that within this broad group, there is alienation, especially among young people,” he adds.

He didn’t stop there.

The long-time migration sceptic said that the Paris attacks was a direct failure of multiculturalism and criticised David Cameron and home secretary Theresa May for saying terror attacks were not in the name of Islam.

“I think we’ve reached a point where we have to admit to ourselves, in Britain and France and much of the rest of Europe, that mass immigration and multicultural division has for now been a failure,

Farage claimed that the European Union’s migration policy was “seriously imperilling our security” because of the risk of terrorists posing as migrants. This statement come in the light of initial reporting that suggested one of the Paris terrorists had a Syrian passport.

Taking a stab to what he has called in the past bourgeois’ concept of multiculturalism “We must not let our compassion imperil our civilisation,” he said.

The Islamophobic comments come in the aftermath of the Paris attacks, a time where Muslim community leaders have condemned the terrorist attacks and separated them from the Islamic faith.

Ukip won just one seat at the election, but the party won 13% of the overall vote and is hoping to play a big role in the EU referendum campaign.