Rabat - Spanish authorities have busted a clandestine marriage network in Spain that arranged illegal immigration documents for Moroccans to establish residence in Europe.More than 250 people involved in the illegal operation are being sought after by the Spanish police who announced the dismantling of the network on Tuesday, according to Telquel. 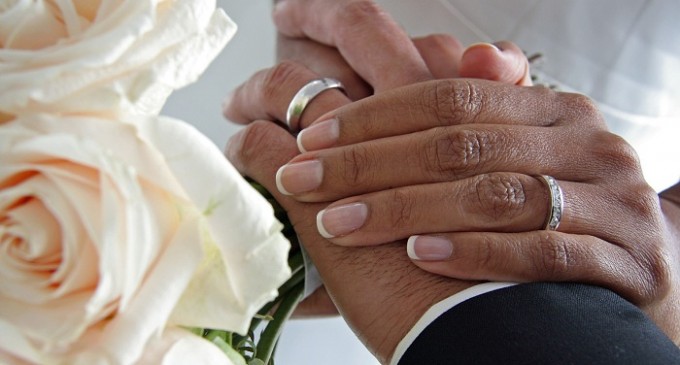 Rabat – Spanish authorities have busted a clandestine marriage network in Spain that arranged illegal immigration documents for Moroccans to establish residence in Europe.

More than 250 people involved in the illegal operation are being sought after by the Spanish police who announced the dismantling of the network on Tuesday, according to Telquel.

Spanish officials learned about an active organization of fraudulent marriages in the city of Meliana in the Valencia region on May 2013, when the initial investigation started.

The network was busted but its alleged organizers and over 250 members identified by police have not been captured.

According to the same source, the illegal network offered European citizens between €3,000 and €4,000 for the fake marriage to a Moroccan national. The overall cost for each of these marriages is between €5,000 and €8,000.

“Once the Moroccans had obtained their residence permit and regularized their situation in the Schengen area, they went to countries such as France, Germany, the Netherlands and Italy, where they lived and where their families awaited them,” the Spanish police revealed in a statement according to the same source.

Police officials came across at least 70 marriages from illegal Moroccan immigrants that submitted false documents in Spain and other European countries.

According to Spanish authorities’ statement, 36 people have been arrested, while 271 have been placed under investigation with charges of “facilitation of illegal immigration”.