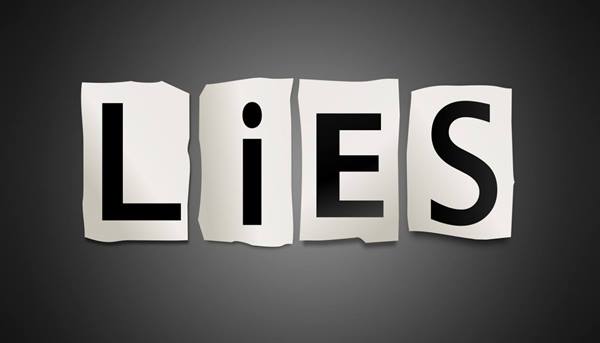 Rabat – Terrorism is a lie. It simply does not exist and is an example of yet another manufactured word that takes on a meaning far more insidious than the people who supposedly perpetrate the crime. If a tree falls in the forest and nobody is there to see it or hear it fall, does it make a sound? Terrorism only exists because certain interests want it to exist, or to make a more obvious point, because the mainstream media wants to terrorize the public.

Without the mainstream media droning on and on about some event, how would anyone even know about it? More people were butchered on a campus in Kenya, but the world did not bat an eyelash, yet when white people die, under circumstances which are far from clear, the world stops? Are white lives in France more valuable than the lives of black people in Kenya? If you go by the amount of sympathy and attention given to their deaths, it would seem so… So what is the solution to all of this madness?

Well, the solution is rather simple. In fact, the solutions to most problems tend to be simple. Turn off the TV.

I ask people every day, “What is the most important thing in your life?” Some people blurt out family, money, their careers, or the environment; in fact, I get all kinds of answers. Ultimately, however, if you look at it from a root cause perspective, the most valuable things in the lives of everyone are ultimately the same, and again, they are simple answers.

The answer to that one is also relatively simple – time. Time is the second most important thing because it is the thing that is needed to do everything else that you would like to do, assuming you are healthy enough to do it and not preoccupied with caring for the health of a loved one. If you want to be successful in your career, it requires an investment of time. If you want to do well in your studies, again, you need to invest the time. It’s the same with being a top-tier athlete or being a devout Christian, Muslim, environmental activist or any other endeavor which you believe to be worthwhile. Time is needed to do all of these things.

Time and health are not unlimited commodities and should not be squandered. One way people squander both is by watching TV and allowing other people to write the narratives of life around them. So the very simple solution is to turn off the TV. Yes, I know it sounds too simple to be true, but it really is. Simply turn off the TV and never turn it on again.

If you have a yearning for wasting your time by following current events, buy a newspaper and read the lies there that you would be getting by staring into the idiot box and soaking them up by the hour. At least when you read, there is a modicum of critical thinking that your brain MUST struggle with. Watching TV on the other hand is a complete and utter waste and actually makes you dumber by the second, to say nothing of wasting your most precious resource, time.

Now we get back to terrorism, anti–Semitism and other nonsensical words that the people who are truly looking to terrorize and control you force into your lexicon. How do we handle these behemoths? Well, that is relatively simple too. Terrorism does not exist. Without the media trumpeting some “terrorist action,” you would not know about it and, thus, would not be terrorized.

When you think about it, the real terrorists are not the mercenaries who are paid by governments to murder people in cold blood; rather, it is the media outlets who spread their propaganda, making sure that all people are “terrorized” by the action that occurred in the past. Without mass media outlets dissecting and repeating every single detail of some crime that someone has a vested interest in sensationalizing, there is no terrorism.

So, what is the first step? Declare that terrorism does not exist. Call it what it is: murder or mass murder. Demystify it and take away its power. If someone blows himself up, call it an act of suicide. If they blow themselves up with the intention of murdering others, call it murder. Do not call it anything else, because by calling it anything else, all you do is scare people. Why scare people? Who benefits from people being scared?

Terrorism is a crime. Treat it like a crime. Understand that when murder occurs, there is usually a motive and opportunity factor. Understand the potential motive and understand who has the opportunity/resources to commit a certain crime, and this is what is needed to actually find the culprit. If you bypass the logical steps and simply believe what is reported on television, your critical thinking skills will take a vacation of sorts.

Many a tyrant has said openly that the easiest way to control people is to scare them. People who are scared will do what you tell them. However, in order to truly terrorize them and make them believe big lies, you must have a delivery mechanism, and thus TV, radio and even the internet through mass media are ideal methods through which to disseminate big lies. Why tell big lies to people?

Usually because you want them to act against their own self-interests or act in your interests. The first step in the process of state-sponsored terrorism is to create false flags and scare your population into thinking that they need your protection – much like the Mafia strategy of sending a teenage thug into the local butcher shop to rob the owner at knife point and then offering the butcher protection from the thug in return for protection money. Yes, extortion still works.

Although the mechanics has changed slightly, this is what the neo-colonial powers are currently engaged in with the mineral-rich countries of Africa; they are extorting the population of Africa into paying “protection” money. They are tricking their own populations with a combination of racism that supports the idea that white is better than black and the “whiter” your skin color is, the more inherently valuable you are. This is supported through the use of mass media in everything from movies to music to politics. In every third world country you find that the “leader” is almost always lighter skinned than the average member of the population.

When you are terrorized by media and convinced by the racist lie that white skin color is better than darker skin color, you are ready to accept the most dangerous lie of all: that somehow surrendering some of your personal liberties will make you safer. In other words, you are told, “Surrender your liberty for security.” The greatest thinkers of history have told us time and time again that the biggest mistake a population can make is to surrender its liberty for security, because when you do so, you are absolutely guaranteed to lose both eventually.

When you walk through the streets of Tunisia and are rudely accosted by a police man accusing you of being Algerian and asking for your identity papers, if — after you supply your documents –you question why you are being spoken to as if you have committed some terrible crime, you are always told, “It is a matter of security, we are doing this for your protection.

”When you are pulled over at a checkpoint without having committed any actual traffic infraction and asked for your documents, once again, you are told that you are being pulled over simply because of “security.” Or when you are being groped at an airport before boarding a flight by some TSA rent-a-cop, once again you are told, “security.” Security from whom? So, imagine a world where everyone turned off the TV.

In a world where everyone turned off the TV, people would not be terrorized. Sure they may hear every now and then about a mass murder, but they would likely spend more of their time talking to friends and family and engaging in more productive activities. They would also more likely than not be engaging in more activities within their own communities. Without allowing their respective governments to terrorize them, they might ask questions like, why is the border closed? Or why do Algeria and Morocco have a trade rate of less than 2%? Why does a majority of trade between Algeria and Morocco take place through Marseille?

How is it, for example, that France has more economic benefits derived from its former colonies at a lower cost now than it did 60 years ago when it had to expend troops to force its unfair trade policies on its colonies?

Now it seems that French troops have been replaced with indigenous population troops at no cost to France and puppet rulers installed to do the bidding of France. In other words, neocolonialism, the extortion/Mafia protection racket, is alive and well and in the place of the teenage thug armed with a knife, we now have terrorism, Ebola, West Nile Virus, global warming and the made-up phantom menace of the week, whether the mercenary outfit is called Boko Haram, Al Qaeda or ISIS, one thing remains constant.

Despite the fact that the mercenaries who work for these outfits are always found with US dollars and euros in their pockets, and despite being armed with AK-47s, the ammunition is always American-made, isn’t it? This begs the question, if these crimes were investigated as crimes instead of sensationalized, and the media allowed to terrorize a dumbed-down racist society, more people might ask questions.

So again, what is the solution to all of this? Turn off the TV.