Rabat - One week after the Paris attacks, 170 hostages are being held inside the Radisson hotel in Bamako, the Malian capital. 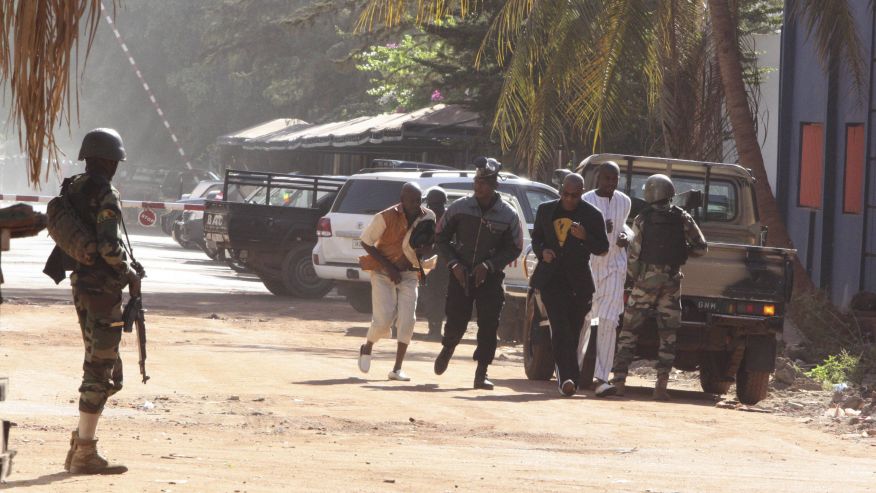 Rabat – One week after the Paris attacks, 170 hostages are being held inside the Radisson hotel in Bamako, the Malian capital.

Some reports are claiming as many as 10 gunmen are keeping 140 guests along with 30 employees captive.

The gunmen entered the hotel shooting and shouting “Allah Akbar” [God is greater] as they rounded up hostages, security told Reuters.

Troops have now surrounded the hotel, as some hostages are being freed if they recite the Koran reports Reuters Africa.

Mali hotel gunmen free some hostages, including those able to recite verses of the Koran — Security Sources #Bamako

A BBC reporter said the US chain hotel is popular with foreigners and expats working in Mali, reports the British broadcaster.

In August, 13 people were killed by terrorist gunmen during a hostage siege at a hotel in Sevare, another Malian town.

In early 2013, former colonial power France intervened to quash a militant group associated with al-Qaeda who threatened to march on Bamako after taking control of northern parts of the country.

By July the same year, the UN in Mali took over responsibility for security after the main towns in the north had been recaptured from the Islamist militants by French and African troops.