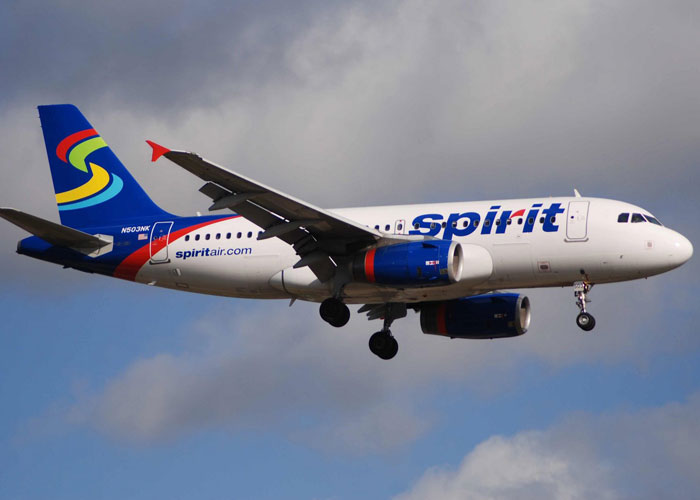 Rabat – A Spirit airlines flight 596 was forced to make an emergency landing at Fort Lauderdale – Hollywood International Airport on Thursday night due to a bomb threat.

According to Broward County Sheriff’s Office, a passenger on-board the aircraft made the bomb threat causing the plane to return to the Fort Lauderdale airport minutes after departure.
Spirit Flight 596 was headed to Minneapolis, Minnesota. The airport’s Twitter account confirmed the news at 12:10 a.m. on Friday saying, “An MSP bound Spirit airlines flight has returned to FLL. Law enforcement is investigating possible suspicious activity.”
The Airbus A320 aircraft landed safely carrying 92 passengers on board and sent to a secure area, officials said.
All passengers were evacuated after landing and Broward Sheriff’s explosives team began inspecting the aircraft’s interior, cargo area, passengers’ luggage, and any other possible bomb location.
“No apparent threat” has been detected, according to local authorities but the investigation is ongoing. Explosive-sniffing K-9s have been brought to the aircraft, officials said.
Flightaware application showed the flight path of the Spirit plane returning to the FLL airport after 15 minute in the air. The image was posted on Twitter by local Channel 7 News Executive Producer.
Spirit Airlines is an American low-cost international and domestic carrier with headquarters in Miramar, Florida, close to the Fort Lauderdale – Hollywood Airport.
This is the third plane this week after the Paris terrorist attacks las Friday that has been forced to make an emergency landing at another airport over bomb threats.
Two Air France flights headed to Paris from the United States were diverted to other airports over bomb threats made from the ground. No bombs were found on-board, and all crew members and passengers were safe.