Rabat - Ouadie Lahlou is the adjoint general director of Mali Development Bank, a BMCE subsidiary. He was also stuck in his first floor hotel room as the Radisson hotel siege was terrorising people below in Bamako, Mali. 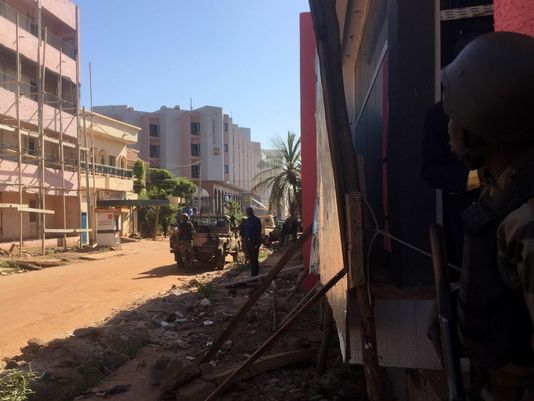 Rabat – Ouadie Lahlou is the adjoint general director of Mali Development Bank, a BMCE subsidiary. He was also stuck in his first floor hotel room as the Radisson hotel siege was terrorising people below in Bamako, Mali.

“When I first heard the gunshots, I locked myself up in the closet of my room. I was very scared even though I was never in direct contact with the hostage keepers,” Lahlou told Medias24.

“After a time that seemed to take forever, an armed police officer came into the room and asked me to come out running. It was just in time, as there were gunshots behind me and [the police officer] made me go through the backdoor.”

VIDEO – The horror in Mali, as islamic terrorists storm the Radisson hotel in Bamako https://t.co/xvfE1LOHEV pic.twitter.com/qD08wrH37a

“The general mood was dramatic. I spent a long and horrid time in my hotel room. I hope the other Moroccan, who is a client of the bank will come out okay as well as all the hostages. I had a lot of luck as I came out safe and sound.”

There are no more hostage currently in the building Malian army Col. Mamadou Coulibaly told reporters, according to CNN.

It’s suspected the hostage situation has resulted in as many as 27 people being killed by two militant gunmen, a UN official told Reuters.

The operation comes a week after a group ISIS members coordinated terrorist attacks in Paris, killing 130 people and leaving more than 350 wounded.