New York - Morocco’s model of openness and tolerance was on display on Thursday evening at MoMA Museum of Art in New York with the presence of over 250 people, mainly members of the Moroccan Jewish community established in the Tristate area. 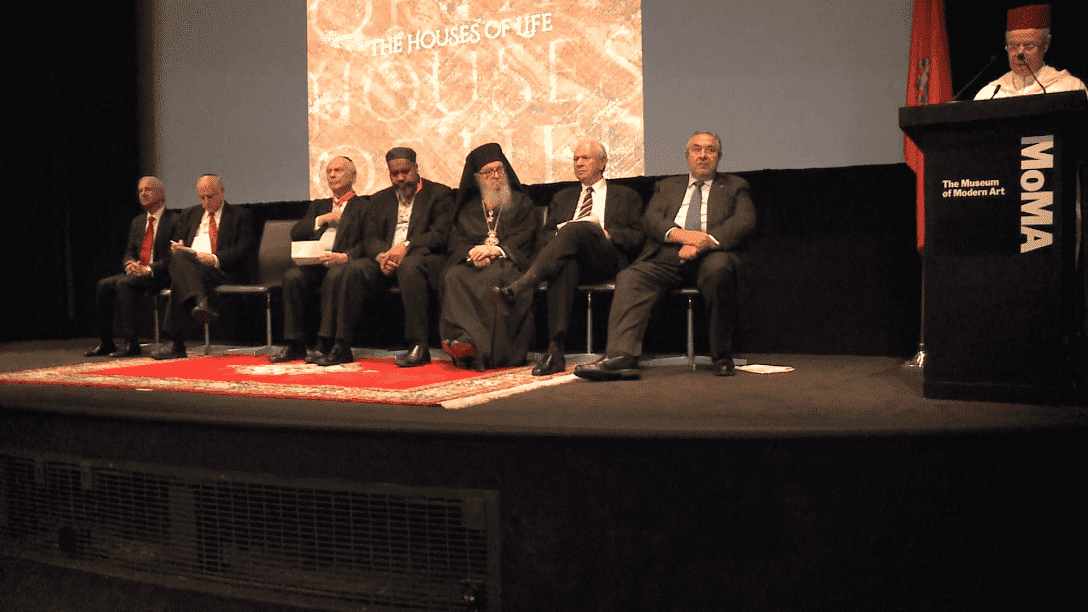 New York – Morocco’s model of openness and tolerance was on display on Thursday evening at MoMA Museum of Art in New York with the presence of over 250 people, mainly members of the Moroccan Jewish community established in the Tristate area.

On this occasion, the representatives of the there monotheistic religions (Islam, Judaism, Christianity) receive Royal distinctions.

Rabin Arthur Schneier, president of the Appeal of Conscience Foundation, His Eminence Cardinal Timothy M. Dolan Archbishop of New York, His Eminence Archbishop Demetrios of the Greek Orthodox Archdiocese of America and Imam Mohamed Hamagid, president of the Islamic Society of North America, received the Alawite wissam of commander rank during a ceremony marking the completion of revamping of Jewish cemeteries in Morocco.

This ceremony, organized by the Moroccan Jewish Community Council in collaboration with the Conference of Presidents of Major American Jewish Organizations, was attended mainly by Morocco’s permanent representative to the UN, Ambassador Omar Hilale, and Morocco’s Ambassador to the United States, Mr. Rachad Bouhlal.

A book entitled “Revamping Jewish Cemeteries of Morocco – Houses of Life,” related to this operation, which involved 167 sites in the 14 Moroccan regions and spanned four years, was presented on this occasion.