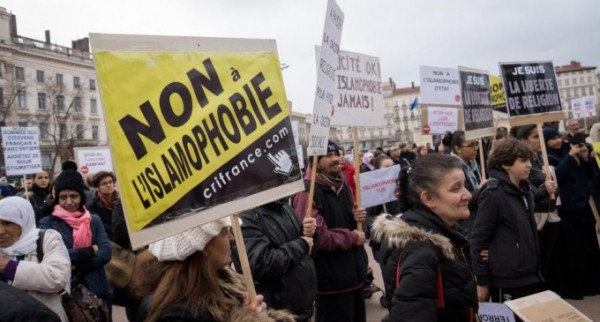 By
Karla Dieseldorff
-
Karla is an award-winning actress and producer.
Nov 21, 2015
Spread the love

The aftermath of the terrorist attacks that hit Paris on November 13 have had major consequences for the Muslim community all around the world, especially in France where 32  acts of Islamophobia have been registered since last Friday, according to France 24 channel.

Muslims are being targeted and blamed for the despicable acts conducted by the so-called Islamic State and other extremists who slander, dishonor and twist the Islamic faith, its Holy Koran and all Muslims.

The French Ministry of the Interior has received several complaints of Islamophobia, including degradation of mosques, physical violence and hateful speech toward Muslims.

The Observatory against Islamophobia of the French Council of the Muslim Culture (CFCM) “calls on the Muslims of France for caution”, according to LCI news channel.

“Eighteen threats, through hate mail or insults” have been recorded, the president of the CFCM Abdallah Zekri said.

According to AFP, shortly after the Paris attacks on Friday night that claimed the lives of 130 victims and left 350 others injured, “crosses of dripping red paint” were found at the mosque in Créteil, a commune in the southeastern suburbs of Paris.

In Pontivy, Brittany, in northwestern France a North African man was “beaten” by regionalist group during an anti-immigrant demonstration, the CFCM noted.

Marseille in the south of France, the country’s second largest city, has seen its share of Islamophobic assaults as well.

Following the police raid in Saint-Deni, which thwarted a terrorist attack killing three terrorists, including the alleged mastermind of the Paris carnage, a young woman was brutally attacked at a subway exit in Marseille by a man who called her a “terrorist,” according to AFP.

CFCM’s President Zekri condemned these acts of hatred saying: “These Nazi apprentices benefit from these attacks to go after places of worship and women.”

“We’ve been unfortunate since January after the Charlie Hebdo attacks, where 50 anti-Muslim acts were conducted, but we see that the situation advances,” he added.

“These are cowardly acts, certainly not as strong as those committed at the massacre on November 13,” Zekri told LCI news.