Rabat - An exclusive footage of deadly attacks in Paris, released by the Daily Mail, shows how Moroccan bartender Jasmine El Yousfi risked her life to comfort an injured woman. 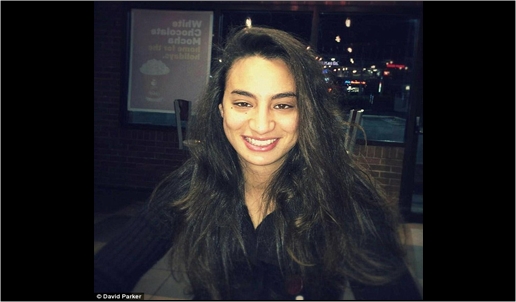 By
Larbi Arbaoui
-
Larbi is a freelance writer and assistant editor at Morocco World News.
Nov 21, 2015

Rabat – An exclusive footage of deadly attacks in Paris, released by the Daily Mail, shows how Moroccan bartender Jasmine El Yousfi risked her life to comfort an injured woman.

The Moroccan young woman can be seen hiding under the bar and comforting an injured woman, while a merciless terrorist was only yards away shooting more victims.

Immediately after the shooting, El Yousfi was seen pushing her colleague’s head further under the counter. Samir, her colleague, who is said to be her cousin, quickly wriggles away and flees down the stairs to the cellar kitchen.

“My cousin, the waiter, ran downstairs to the basement. And I saw an injured woman, Lucille, and she ran to me. I wanted to protect her. She was hurt and she had a hole in her arm,” El Yousfi said.

“I knew she was afraid, she was freaking out, and she was hurt. I would never have run and left her,” she added.

Few minutes later, the brave Moroccan bartender was seen escorting the injured victim down the stairs to the cellar kitchen.

After leading the other customers downstairs to safety, El Youssi went outside to check if she could help other victims.

“I would have preferred to die, than let them die. I know how it feels to be alone and I just couldn’t live with myself knowing that I hadn’t tried to help them,” she said.

“I didn’t want the people who had been shot to think they had been abandoned,” she added.

The same footage of the surveillance camera of the pizzeria Casa Nostra, in the 11th arrondissement, also showed how a woman escaped an inevitable death after the gun of the terrorist jammed.

The woman is considered the luckiest woman, after she managed to escape by miracle the bullet of the jihadist.

According to the Daily Mail, the terrorist seen in the video is believed to be “26-year-old Belgian Salah Abdeslam, who is still on the run.”