New York - At least ten people were killed and a dozen others have been injured in a suicide bombing in Cameroon on Saturday. 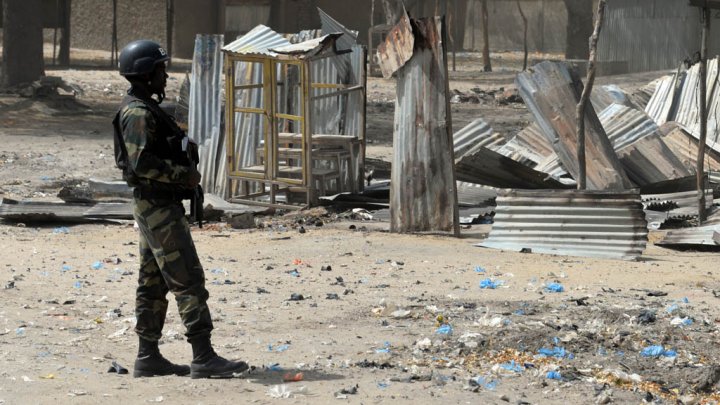 New York – At least ten people were killed and a dozen others have been injured in a suicide bombing in Cameroon on Saturday.

The suicide attack was perpetrated in the village of Nigue, suburb of Fokol, near the Nigerian border in the Far North region of Cameroon, according to Al Jazeera.

Security officials said the terrorist attack was conducted by suspected members of the Nigerian Islamist militant group Boko Haram; although no one has officially claimed responsibility for the attack.

“The initial figures speak of 10 dead including the suicide bombers and around a dozen wounded,” Senior Cameroonian Army Commander said.

According to sources cited by Reuters, Boko Haram used the Far North area in Cameroon to stock their warfare supplies and sheltered new recruits for the extremist organization. The compound was dismantled by Cameroonian authorities in 2014.

Boko Haram who began gaining strength in 2009 in northeastern Nigeria, has claimed allegiance to the so-called Islamic State. In recent months, the extremist group has carried out terrorist attacks in Cameroon, Chad and Niger turning the border area of Lake Chad into a “war zone” as described by the United Nations High Commissioner for Refugees (UNHCR).