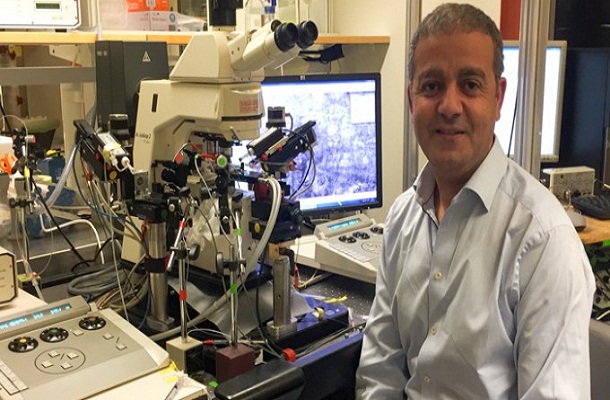 By
Karla Dieseldorff
-
Karla is an award-winning actress and producer.
Nov 21, 2015
Spread the love

The academy selected El Manira during its General Assembly on November 11. He will become an official member after an induction ceremony to take place during a scheduled conference where he is to speak on “how the brain controls our movements”, according to Maghreb Arab Press (MAP).

“It may be that I am required to take part in the discussions for the Nobel Prize in chemistry, in terms of biology,” the Moroccan professor said.

El Manira is a native of Rabat where he grew up and studied most of his life. He left for France to obtain a PhD in Neuroscience from Marseille. He later moved to Sweden where he has lived since 1992.

El Manira remains “very attached to Morocco”. King Mohammed VI decorated him in 2010 when he became a distinguished professor at Karolinska Institutet.

The professor’s research in the treatment of neuropsychiatric disorders such as Parkinson’s disease has been widely-acclaimed.

“The goal of our research is to decipher the organizational logic together with the intricate coding and processing that allow the spinal network to produce locomotor movements with varying speed and force,” El Manira Lab Group site reads.

The Moroccan professor discovered that two neurological structures control movements acting as a “gearbox”, one for delicate movements and one for quick responses. He has been instrumental in the “reeducation and relearning of human movement”.

According to the same source, his second discovery found that neurons work and communicate in two directions, from the brain to motor organs and in the opposite direction.

“We thought they were independent, but in fact the neurons are part of a global system”, he highlighted.

El Manira’s extensive research and world-known scientific discoveries, which have corrected biological ambiguities, have earned him a spot as member of the Royal Swedish Academy of Sciences.

The academy was founded in 1739 under the King of Sweden of the time. It is located in Stockholm and consists of 460 fellows and 175 foreign members.