Rabat 0 Russia's interior minister said that he will offer a puppy to the French police to honor the police dog, named Diesel, died Wednesday during an apartment raid against suspected terrorists. 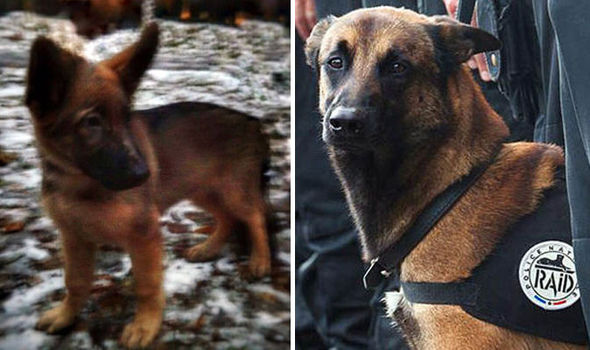 Rabat 0 Russia’s interior minister said that he will offer a puppy to the French police to honor the police dog, named Diesel, died Wednesday during an apartment raid against suspected terrorists.

In the aftermath of the Paris attacks, Russia’s interior minister Vladimir Kolokoltsev wrote a letter to his French counterpart, Bernard Cazeneuve, offering to send the puppy as “a sign of solidarity with the people and police of France.”

The French police posted a tweet announcing the death of Diesel, a 7-year-old Belgian Shepherd, which is trained to find explosives and help in police raids against terrorists.

The police posted the tweet immediately after the death of the dog, with the caption: “Assault and explosives search dogs are indispensable in the missions of the operators of the raid.”

Social media users expressed their sorrow for the death of the dog, and others thanked Russia for the gesture of solidarity with France.

The hashtag #JeSuisChien, which means “I am dog,” began trending worldwide on Twitter as people paid tribute to Diesel.

You died protecting your country, if that doesn’t deserve honor, nothing does… #JeSuisDiesel #JeSuisChien pic.twitter.com/77ixa7RdWu

#JeSuisChien because other beings are equally as important. Another innocent victim ? pic.twitter.com/Zc4XbZLl2P