Morocco World News
Home Opinion Op-Eds Let Us Be Clear: I Am a Muslim, I Am a Potential...

El Jadida - The alacrity some Muslims evince in martyrizing themselves for altruistic benefits for the umma is principally influenced by their cultural representations of death, suicide, and martyrdom prior to the reconstruction and re-modelling of their social identities through organizational ideologization.

El Jadida – The alacrity some Muslims evince in martyrizing themselves for altruistic benefits for the umma is principally influenced by their cultural representations of death, suicide, and martyrdom prior to the reconstruction and re-modelling of their social identities through organizational ideologization.

Representations of martyrdom are anchored both in the popular culture of Islam and in the Islamic tradition that people use as a touchstone to authenticate their religious practices.

Fieldwork shows that even non-practising Muslims have been socialized to the lore on martyrdom and know its basic tenants. In the Islamic imagination, death is not the end of life. It is a passage between two segments of a continuous life, a transition between two lives. Life does not belong to the individual. It is a gift from God entrusted to a person to preserve it and treat it well. A person does not own his or her life; God is the creator of life and has the right to take it back when he wants. Therefore, the person does not have the right to end it. Suicide is strictly forbidden by the Islamic law (Surat al-Baqarah [the Cow], aya 195; Surat Nnisaa [the Women], aya 29).

Funeral rituals also display the transition to eternal life. The way the corpse is ritually washed, covered with white cloth and perfumed with rosemary, and carried on a bier to the cemetery in an atmosphere of prayer implies that the corpse is travelling to another world. Wailing is forbidden in Islam because the traveller is thought to have reached his destination. The Prophet wondered how a Muslim traveller could weep over another who has reached his own destination.

The ultimate destination is the hereafter

In popular imagination, death is an imminent reality the Muslim has to face stoically. So his daily ablutions for prayer and his wish prayer before going to sleep are all preparations for the sudden call of death. People may even do their ablutions before travelling more than 100 kilometres away from home and also perform their travel prayer. Muslims’ attachment to death is also done ritually on Fridays by visiting the dead and giving alms to the poor in a ritual practice of social solidarity like in the case of Moroccan Muslims.

Western media for the last decades have pigeonholed martyrs as suicide bombers. Is this really suicide? It involves the killing of others and the death of the perpetrator as incidental. The martyr uses his life as a weapon. Murad M. Khan, Robert Goldney and Riaz Hassan (2010) categorize such acts as homicidal bombings because they are attacks on others in a massive number. In suicide research, such acts may be interpreted as altruistic suicides. Group indoctrination takes place, and there is blind submission to a cause or charismatic leader (Bloom 2005; Pape 2005).

Simon Haddad (2004) maintains that Émile Durkheim’s notion of altruistic suicide may shed light on kamikaze missions but certainly not on martyrizing operations. Patriotic Japanese kamikazes died for the sake of imperial Japan without expectation of personal reward. Islamist martyrs die for a cause in the path of Allah. They think they are complying with the highest form of Islamic worship, for which they have specific spiritual expectations. They want to be housed next to the Prophet and his companions in the Garden of Eden. In view of this, we need to place martyrdom in the context of Islamic perceptions of jihad.

Martyrdom in Islam forms an inherent constituent of the operation of jihad; hence, it does not lend itself to Western definitions of suicide. According to the Islamic tradition, intihar (suicide) is forbidden; it designates despair and violent withdrawal from society. It is stated in the Qur’an that Allah says:

And spend of your substance in the cause of Allah, and make not your own hands contribute to (your) destruction; But do good; For Allah loveth those who do good. (Surat al-Baqarah [the Cow], aya 195)

Oye who believe! Eat not up your property among yourselves in vanities: but let there be among you traffic and trade by mutual good-will: nor kill (or destroy) yourselves: for verily Allah hath been to you most Merciful! (Surat Nnisaa [the Women], aya 29)

Shahada (martyrdom), however, represents the empowerment of the individual to defend his social existence, an ultimate form of giving for the welfare of the community. Abu Qatada al-Falistini, alluded to by some respondents, argues that during the time of the Prophet Muhammad, two paradigms presented themselves. The first paradigm involved a Muslim killing himself by leaning on his sword after suffering a fatal injury in combat. Rather than enduring the pain, he deliberately leaned on his sword and ended his life to soothe his pain. When people asked about his destiny, the Prophet Muhammad declared that he was condemned to hellfire, which is the judgment of any person who commits suicide.

The second paradigm involved what was termed “plunging into the ranks” (al-inghimas fi al-ssaf). In this paradigm, Muslims, after hearing the Prophet Muhammad citing the rewards of martyrdom, intentionally took extraordinary risks in battle against unbelievers, including single fighters rushing headlong into a group of combatants in order to achieve martyrdom. In this paradigm, these people are considered devout Muslims who will be rewarded abundantly in paradise (see also Hafez 2010).

It is this model that inspires today’s martyrs who choose to self-sacrifice for the benefit of the umma. These should not be classified as suicides but as Islamikazes, as Israelis call them. They are dedicated to wreaking havoc on their enemies, although their own destruction is intended to be concomitant with the deed.

Hezbollah, for instance, looks forward to the enemy’s number of casualties rather than to the death of their human bombers (see also Kramer 1996). As Ivan Strenski (2003) argues, contemporary “human bombers” deviate from the Muslim norm of the sacrificial restraint exemplified by Abraham and conform instead to a new extremist view of sacrifice as total annihilation.

Plunging into the ranks, my respondents argue, might at least frighten the enemy, deter them from attacking Muslims, and incite other Muslim fighters to become equally courageous and follow in the footsteps of the “martyr.” The two paradigms involve death. The wounded fighter chose to die to escape pain, his path being lonely and cowardly, whereas the second fighter chose to fight for the benefit of others, his path being brave and self-sacrificial.

Today’s martyr is a bit different from the classical Muslim fighter called mujahid, whose saga is recorded in Islamic history. He used to be a tenacious fighter who offered his life on the altar of jihad. He loved death as much as his enemy loved life. He was chosen by shahada. Today’s martyr does not plunge into the ranks with a degree of uncertainty about his death. He rather consciously welcomes death. He is not chosen by shahada; instead, it is he who chooses shahada.

Though martyrdom may be inculcated into wannabe martyrs in a gradual process of organizational indoctrination, it does not come out of the nowhere. It is part of the culture of Islam to which the martyr in the making has been socialized. In short, it is a cultural worldview (see sequel II). 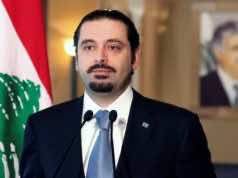