Ifrane - The phenomenon of globalization has attracted more attention than perhaps any other subject in recent times. However, it has become increasingly evident over the last decades that globalization has a negative impact on the enjoyment of human rights, particularly the economic, social and cultural rights, which are guaranteed by the universal declaration of human rights (UDHR), Article 27, and in the International Covenant on Economic, Social and Cultural Rights (ICESCR), Article 15. In the past, civil and political rights have been given much consideration in theory and practice due to the consequences of WWII, while economic, social and cultural rights have been neglected. Hence, should priority not be given to the enjoyment of economic, social, and cultural rights, since globalization has created novel threats to our diverse world? 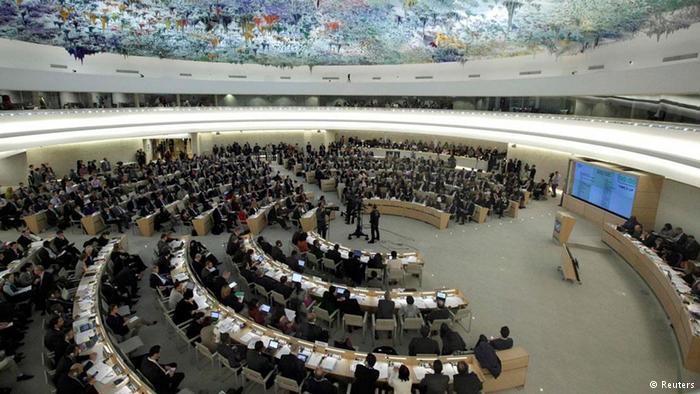 By
Aziz El Hassani
-
Aziz El Hassani is a Multimedia Librarian at Al Akhawayn University and doctoral candidate at the University of Sidi Mohammed Ben Abdellah in Fez, Morocco – (The Laboratory of Discourse, Creativity and Society: Perception and Implications).
Nov 22, 2015
Spread the love

Ifrane – The phenomenon of globalization has attracted more attention than perhaps any other subject in recent times. However, it has become increasingly evident over the last decades that globalization has a negative impact on the enjoyment of human rights, particularly the economic, social and cultural rights, which are guaranteed by the universal declaration of human rights (UDHR), Article 27, and in the International Covenant on Economic, Social and Cultural Rights (ICESCR), Article 15. In the past, civil and political rights have been given much consideration in theory and practice due to the consequences of WWII, while economic, social and cultural rights have been neglected. Hence, should priority not be given to the enjoyment of economic, social, and cultural rights, since globalization has created novel threats to our diverse world?

Globalization, that much-debated concept in recent times, is a means not merely of bridging cultures and exchanging goods and information, but also of fragmenting global cultural communities, drawing a thick line between people who are “integrated” and those who are “excluded.” Therefore, the actual forms of globalization tend to intensify the social negation of the “excluded” groups, who are vulnerable to losing their cultural heritage. For this reason, in certain parts of the world, the enjoyment of some fundamental rights, such as the right to work, is only permissible at the price of abandonment of cultural identity, particularly language and specific lifestyle.

A case in point is the situation of migrant workers in Europe, who suffer under the yoke of a fierce and heavily “globalized” world. In this regard, a preliminary report submitted to the United Nations in 2000 by Mr. Oloka-Onyango and Ms. Deepika Udagama, UN Special Rapporteurs, showed that while advanced countries in Europe rely on migrant craft to maintain and ameliorate their economies, they do, however, violate the rights of migrant workers in myriad ways. They added that an unbiased look at the role of migrant workers in the economic development in Europe reveals broad evidence that there is a “hidden state” in this region of the world.

Paradoxically, globalization was less beneficial to these immigrant workers in this part of the world, although they have contributed consistently to its success. Accordingly, the growing search for a single European market, which has encouraged the movement within the European Economic Community of the citizens of its member states, has meant, on the contrary, clearly limited freedoms for migrant workers over the past few years. For instance, immigrant workers in some parts of Europe do not have the right to vote in local and national elections, to form political associations, or to work in the public sector. And yet, the economy of European countries relies merely on this cheap and dexterous labour force.

Worse still, this category of migrant workers is often an easy prey for various kinds of racism and discrimination, such as in France and Spain. For this reason, globalization, which is supposed to bridge cultures, encourage economic growth in the Mediterranean and demolish “a wall which, although invisible, is no less solid than the Berlin Wall,” tends instead to homogenize cultures on the basis of one shallow global model, which further widens the economic gap between a rich North (the “haves”) and a poor South (the “have nots”).

Like the crisis of migrant workers in Europe, economic and social rights are at stake under the yoke of globalization. Obviously, the recent international trade policies and agreements, particularly those strategies that strive to free all economic barriers, can have dire consequences on the enjoyment of human rights, notably economic, social, and cultural rights. To explain, Professor Fantu Cheru, who currently teaches African and development studies at American University in Washington, DC, deduced that globalization is the major cause for marginalization of many low-income countries, which find themselves negated and ignored amid the sharp competition of the global economy.

To put it differently, globalization requires a high level of economic competitiveness, and many poor countries are unable to keep pace with its rapid progress. As a result of this, they end up being more marginalized and impoverished. This is why various civil society groups have always raised concern about the need for incorporating social and development programs within any universal trade summit such as the World Trade Organization (WTO).

Consequently, globalization does have negative implications for the universal enjoyment of human rights, basically economic, social, and cultural rights. Professor Fantu Cheru, a former Distinguished Research Associate at the North–South Institute in Ottawa, Canada, has divided these negative implications into two main challenges: First, globalization can be the major source of financial volatility, or turmoil in the world financial system, caused by the inability of certain states to predict or prevent future financial crisis. Second, globalization can weaken the state at the level of its political authority or government, particularly when it becomes unable to control or differentiate between the behaviour and activities of its national firms and foreign firms for the purpose of national trade. This creates a real challenge for the state to provide sufficient funds for social programs. In a word, globalization increases the demand for “social protection” while decreasing the capacity of the state to provide it.

Globalization does threaten the enjoyment of human rights, particularly economic, social and cultural rights. It has ushered in new factors and market players in the economic and social fields such as the World Bank, World Trade Organization, etc. These new giants have already started to challenge the sovereignty of the state over its economic and cultural resources. Therefore, the states, which are ethically bound to protect and implement the ESC-rights within their respective national jurisdictions, become unable to control the economic benefits under the yoke of globalization.