New York - A Turkish Airlines Flight from New York to Istanbul was diverted and forced to make an emergency landing in Canada over a bomb threat, Canadian authorities said.Turkish Airlines Flight 2 with 256 passengers on board departed from John F. Kennedy International Airport in New York City when the bomb threat was received around 10:50 p.m. local time on Saturday. 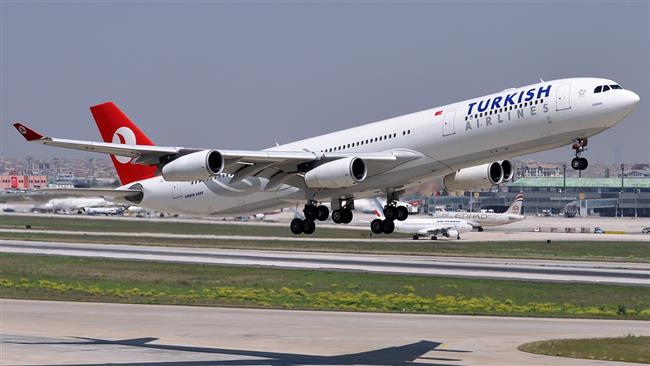 By
Karla Dieseldorff
-
Karla is an award-winning actress and producer.
Nov 22, 2015
Spread the love

New York – A Turkish Airlines Flight from New York to Istanbul was diverted and forced to make an emergency landing in Canada over a bomb threat, Canadian authorities said.

Turkish Airlines Flight 2 with 256 passengers on board departed from John F. Kennedy International Airport in New York City when the bomb threat was received around 10:50 p.m. local time on Saturday.

The aircraft landed safely at the Halifax Stanfield International Airport as informed by the airport’s Twitter account on Sunday morning.

According to flight tracking sites, the aircraft was in mid-air when the threat was received. However, authorities have not revealed the “origin of the threat”.

Most of the information known as of now comes from the official social media accounts from the Halifax Airport as well as the local police.

The Royal Canadian Mounted Police in Nova Scotia tweeted that they were not going to make any comments on the nature of the threat while investigations seek out the responsible individuals.

It went on to add that they were “searching the Turkish Airlines plane using police dogs trained in explosives”. No explosive devices were found on-board after the search, police said.

Passengers were transported to the terminal during the bomb check. Canadian Police said “the Turkish Airlines aircraft is scheduled to continue on to #Istanbul later this morning. The investigation in to the threat is ongoing.”

According to CNN news, Flight 2 destined to Istanbul has departed Halifax with most passengers on board. Five passengers decided to not board the aircraft after the bomb scare, yet their luggage remained on-board on its way to Turkey.

This is the fourth bomb threat made to an airline since the Paris attacks of November 13 that left 130 dead and 350 others injured.

Two Air France flights from the United States to Paris received ground bomb threats and had to be diverted to other airports.

A Spirit flight from Fort Lauderdale to Minneapolis received an on-board bomb threat returning to its departure airport. No explosives have been found in any of the four flights.