Taroudant - During the time that the Ministry of Health is organizing a medical checkup campaign for students, alarming figures are being circulated online, scaring parents about the health of their children. 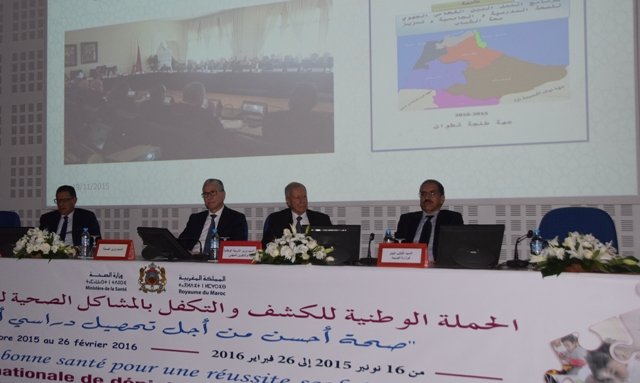 Taroudant – During the time that the Ministry of Health is organizing a medical checkup campaign for students, alarming figures are being circulated online, scaring parents about the health of their children.

According to Media24, figures that claim “8% of Moroccan school and university students aged 10-24 years old are infected with AIDS,” is not entirely true.

The same source added that in truth 8 percent of people under 25 years old have AIDS in Morocco, not only students.

Media24 said that the information was taken from a pamphlet and that has nothing to do with medical campaign launched by the Ministry of Health among young students.

It is worrying that drugs and alcohol are being circulated in the environment of schools, and three ministers (Health, Interior and Education) are reportedly working to combat the practices, and make school environment a clean space.

The national Medical Campaign and support for students with health problems was launched on Thursday, November 19, by Lahoussine Louardi, the Minister of Health, and Rachid Benmokhtar, the Minister of Education.

The campaign, which came as part of the national health program for schools, targeted about a million and a half children from preschool students to those in their first year of middle school.