Taroudante - Two Palestinian men were briefly stopped from boarding a flight from Chicago last week after they were overheard speaking Arabic. 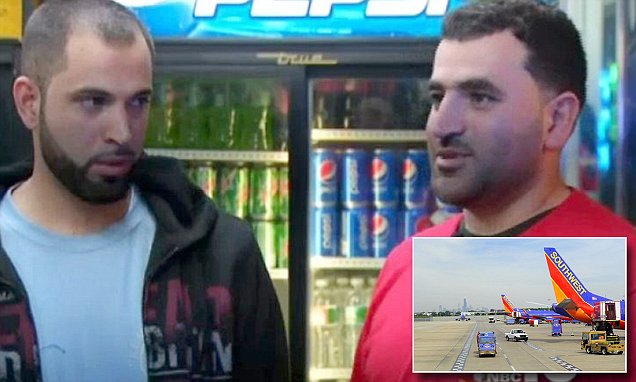 By
Larbi Arbaoui
-
Larbi is a freelance writer and assistant editor at Morocco World News.
Nov 23, 2015
Spread the love

Taroudante – Two Palestinian men were briefly stopped from boarding a flight from Chicago last week after they were overheard speaking Arabic.

Maher Khalil, 28, and Anas Ayyad, 29, were stopped while waiting to board a Southwest Airlines flight to Philadelphia at Chicago’s Midway International Airport last Wednesday after a traveler had reportedly been afraid to fly with them when they heard them speaking Arabic.

Maher Khalil, a Pizza shop owner who emigrated from Palestine 15 years ago, said that he had never experienced discrimination before this incident.

When told about the concerns of the passenger, Khalil said, “If that person doesn’t feel safe, let them take the bus.”

“We’re American citizens just like everybody else,” he added.

Khalil and his friend were later allowed to board the plane.

Some passengers were still suspicious of the two Arab men when they walked onto the plane, despite the fact that the police screened them.

“When we walked onto the airplane, I told my friend to smile so other passengers can think there’s nothing wrong,” Khalil said.

However, “everybody started giving us that look,” he added.

To ease the tension, Khalil opened a white box he was carrying and shared the baklava, a rich, sweet pastry made of layers of filo filled with chopped nuts, with a few passengers.

“I swear, I never had that feeling before,” Khalil said.

“I felt like we’re not safe anymore in this country. Because I’m Arab, I cannot ride the airplane? The person who complained is the one who should be kicked out, not me.”